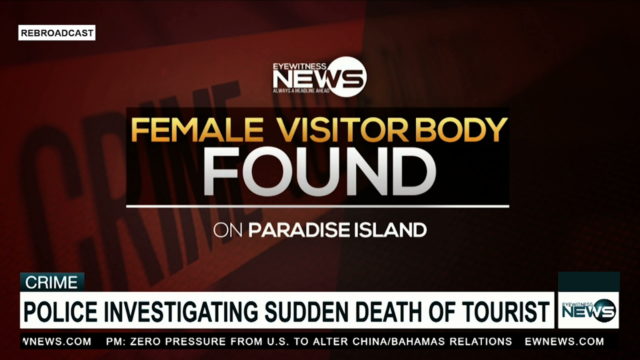 NASSAU, BAHAMAS – Police are investigating the circumstances surrounding the death of a female foreign national who was found on the property of a hotel on Monday, March 25, 2019.

According to police reports, shortly after 10:00 p.m. on Monday, police were called to a resort on Paradise Island where the lifeless body of an adult female was discovered.

Police said EMS were called to the scene and attempted to revive the woman but was unsuccessful.

Police said there were no visible signs of injuries to the female’s body and foul play is not suspected at this time.

An autopsy will be performed to determine the exact cause of death and police said investigations are ongoing.