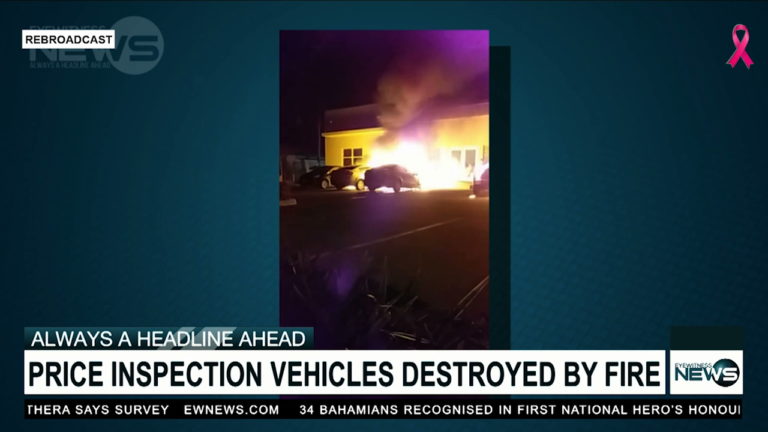 After four government vehicles were extensively damaged by fire over the weekend, Minister of Labour Dion Foulkes said the police and the fire department has launched an investigation into the blaze, which is believed to be arson.

Reports are that shortly after 11:30 p.m. on Saturday, police received a report of a fire at a government building on Carmichael Road.

When Fire Services officers arrived on the scene they met four government-registered vehicles ablaze. The fire was immediately extinguished. The four vehicles were extensively damaged.

Foulkes told the media Tuesday that four cars were affected, of which three were seriously damaged and one was partially damaged. He said the incident happened on Carmichael Road outside of the Labour Department, which also houses the consumer affairs division.

“All of the cars are those that the officers use to do price inspections to ensure that the retailers throughout the country are complying with our price regulations. The ministry of finance has agreed to give us temporary cars this week so our work would not be affected,” Foulkes said.