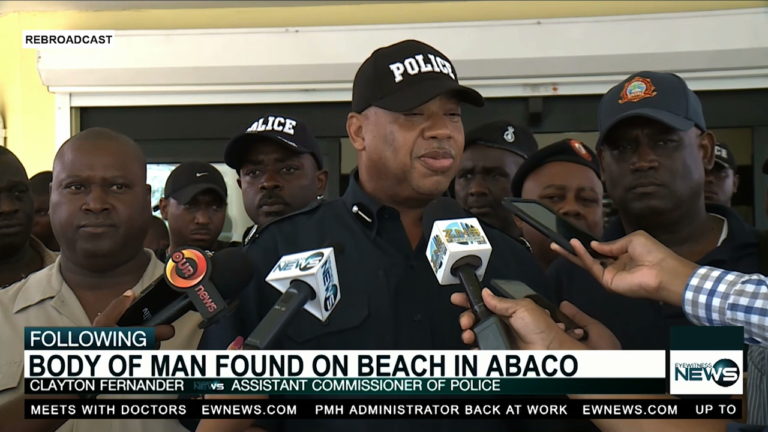 Late Monday evening a video was released of residents on the island of Abaco digging up a body on the Crossing Rock beach and, according to Assistant Commissioner of Police Clayton Fernander, the body is possibly that of one of the individuals reported missing about two weeks ago.

However, he said he could not confirm until an autopsy has been performed to determine the identity.

This discovery was made while law enforcement conducted ‘Mission Tidal Surge’ in Abaco, police said.

Fernander told members of the media that the collective efforts of the Royal Bahamas Police Force (RBPF) and Royal Bahamas Defence Force (RBDF) resulted in approximately 26 arrests while on the island since Sunday.

Some 21 men and five women were arrested during the week for a range of charges including drug possession, possession of unlicensed weapons and large sums of cash with no reasonable explanation.

According to Fernander, the mission was a great success and also just the first of many more to come.

He said that through research, officers have discovered that a lot of wanted persons that they are not able to locate in the capital usually flee to the Family Islands.

He was adamant, however, that the missions would remain spontaneous as he said he believes they would not be as successful if residents had prior knowledge.