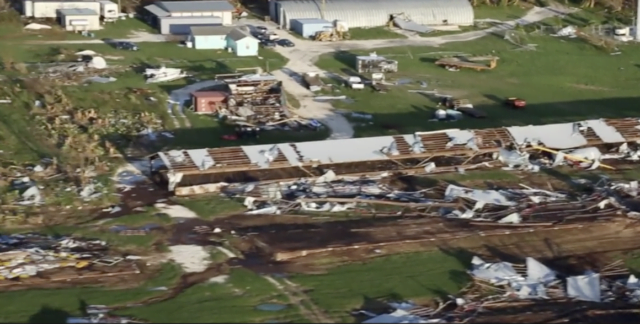 More than $7 million donated after Dorian

Minnis underscored many Bahamians believed the country has collected “billions and billions of dollars” as he wrapped up debate on the Disaster Preparedness and Response Amendment Bill, 2019.

Minnis foreshadowed traveling to all the Family Islands to explain to residents Dorian’s impact and how the government plans to overcome the impact, inclusive of how money will be spent.

He expressed gratitude for all the international partners, which the government continues to work with across the disaster zones.

In the immediate aftermath, scores of local, regional and international organizations pledged monetary, aide, relief services and volunteers to assist in the search and rescue effort, and the subsequent recovery and reconstruction phase.

Yesterday, Minnis pledged the Bahamian people will be informed on how the government spends the funds in the ongoing recovery and reconstruction effort.

“There will be accountability,” Minnis said.

He continued: The Bahamian people know the other side well. The people overwhelmingly rejected them because of the state of ruin in which they left the country.

“They are still not trusted to act in the best interest of the Bahamian people. The PLP has never fully apologized for its terrible and disgraceful record last time, which led the country down the path of corruption, financial downgrades and the wasteful and reckless spending of the people’s money.”

The prime minister also heralded his administration’s decision in April to pass a resolution for a $100 million contingency loan from the Inter-American Development Bank (IDB) for the purpose of financing a Natural Disaster Emergencies Programme, a measure the opposition voted against.

Noting the estimated $828 million in damage caused by Hurricane Joaquin, Matthew and Irma, Minnis said his administration made the decision to maximize The Bahamas’ ability to recover swiftly and the credit loan facility was a key part of its readiness plan.

“How can someone fix their mouth to talk about planning when they voted against a plan to have a $100 million credit facility in place in the event of a major natural disaster?” Minnis said.

Standing on a point of order, Opposition Leader Philip Davis maintained his party voted against the resolution because full details were never provided.

Minnis noted the IDB loan facility has rigorous and strong accountability mechanisms, “unlike some loans in the past from commercial banks where hurricane funds ended up in all kinds of funny and unintended places”.

Parliament is expected to vote on the Disaster Preparedness and Response Amendment Bill, 2019 today.