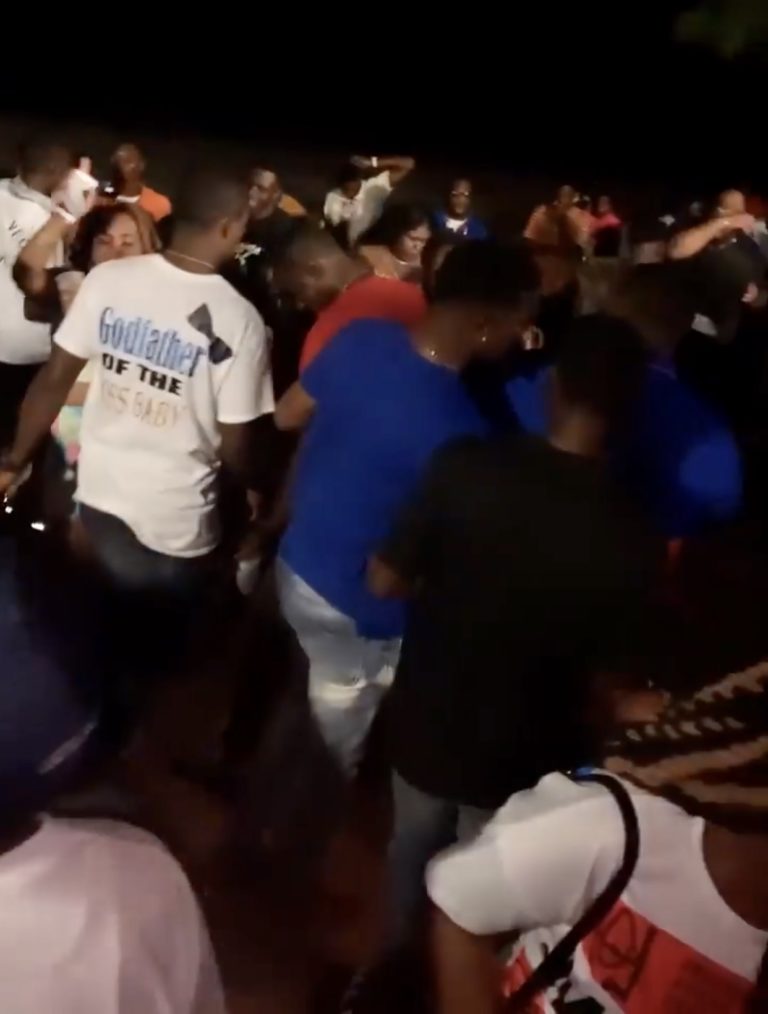 Photo captured from purported video of a social gathering on Radio Beach, Bimini

Bahamians jeopardizing future jobs by being irresponsible and partaking in parties

NASSAU, BAHAMAS — Prime Minister Dr Hubert Minnis yesterday warned Bahamians who attended a large party on Bimini over the weekend to self-quarantine due to the risk of being super spreaders.

Minnis made the comment to reporters on the sidelines of the opening of the Southern Recreational Grounds when asked about the large gathering.

“It’s always a possibility that one who is attending such an event could be a super spreader,” Minnis said.

“My message to the Bahamian public at this time, all of those individuals who had attended such event, you must assume that they are potentially affected, and I would advise them to go into self-quarantine.

“I advise Bahamians, if you know of such individuals, avoid them for at least the next 14 days and they should be monitored because there’s always a possibility, with the numbers we see both in Grand Bahama and Bimini, that there could have possibly been a super [spreader] attending such an event.”

Authorities shut down a beach party of scores of people on Radio Beach, Bimini, on Saturday night, and fined the organizers and a number of patrons.

A purported video of the event, which extended into Sunday morning, made the rounds on social media and drew public backlash.

Asked whether the government will seek to implement new measures to curb large gatherings, Minnis said it is up to each individual to take personal responsibility to follow protocols.

“We will make the laws. Each individual has a responsibility; the police force can only do so much.”

He encouraged people to continue to use the hotline to report those breaking protocols and further urged Bahamians to “not think about yourself but think about your country and your future”.

“The vaccine is coming out, so imagine if we can keep our numbers down and keep ourselves stable,” Minnis added.

“It means that the vaccine will be most effective in us, because our numbers will continue to remain down as we become immunized.

Bimini emerged as a hotspot for COVID-19 in April after recording the first COVID-related death in the country in late-March.

As of Sunday there were 74 cases of COVID-19 on Bimini and Cat Cay.