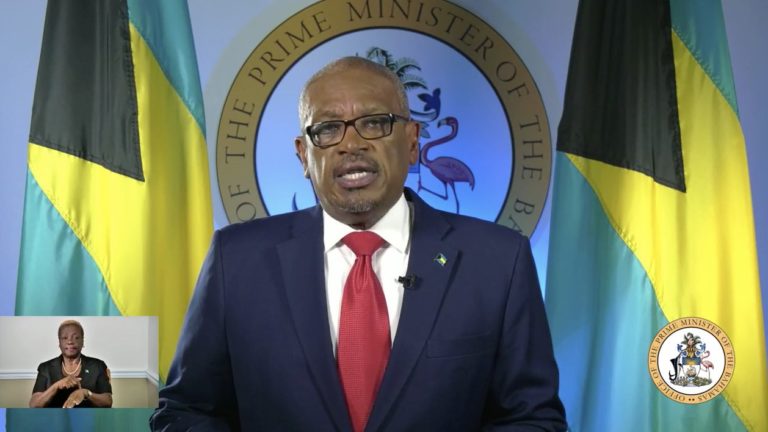 During a national address, Minnis said $10 million has been allocated to support the second phase of the national food program until the end of December.

“This government-sponsored program is to ensure that Bahamians receive food assistance in a timely and responsible manner,” he said.

Some $146 million has been poured into the domestic economy via unemployment assistance.

Deputy Prime Minister and Minister of Finance K Peter Turnquest told Parliament last month that $15.4 million had been paid out under the unemployment assistance program to support self-employed persons. Those individuals would not ordinarily qualify for the unemployment benefit under the National Insurance Board (NIB).

The government also funded a special extension of unemployment benefits for unemployed persons who had exhausted their standard NIB benefit, with payments totaling just under $40 million.

The National Insurance Board has paid out over $90 million to-date.

honestly I really don’t think minnis is doing a bad job,yes he could do somethings different but I think he’s doing well by the people. No I’m not an FNM but to he’s dealing with a delema Pindling,Ingrahm, Christie never faced or seen in the country life time. Now the Nation see we need to turn back to God quickly ?.

Y’all, keep going yay, later you all will pay.