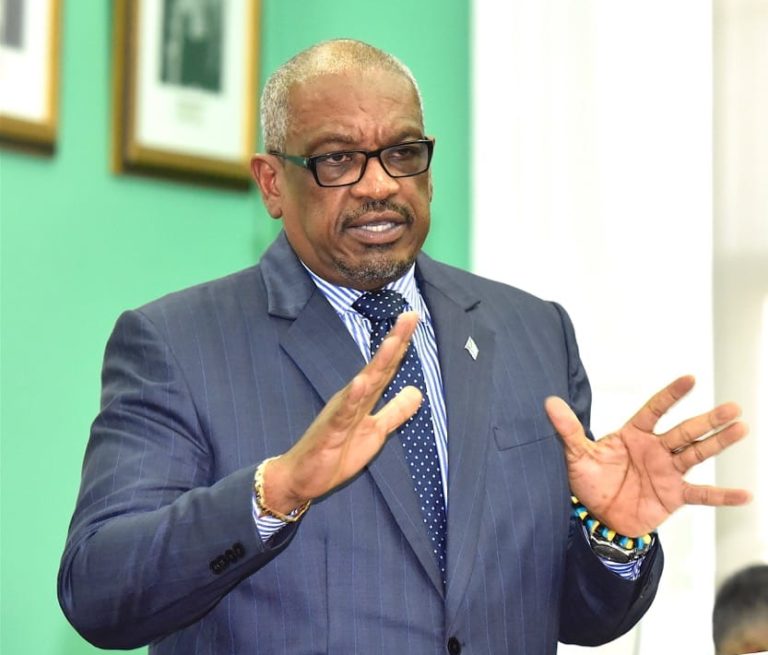 NASSAU, BAHAMAS — Prime Minister Dr Hubert Minnis said he made the decision not to implement a travel embargo for Bahamians and residents due to its unconstitutional nature and fears over opposition blowback.

Minnis said preliminary health statistics indicate some 40 percent of new infections are due to domestic and international travel by Bahamians and residents to various hotspots.

He said: “We expect that number to increase dramatically as we complete analysis.”

The prime minister spoke during debate on a resolution to extend the COVID-19 state of emergency and emergency orders until September 30.

During his contribution, Minnis said government was considering placing an embargo on Bahamians, as droves travelled to COVID-19 hotspot areas.

“We were afraid to make that decision,” he advised Parliament.

“We were already being threatened by members of the opposition to be taken to court on constitutional violations.”

Minnis continued: “Power is only abused when used unnecessarily, but when it is used for the right purpose, it is not abused.”

He said had the government made the decision, the country would have been “better off”.

The prime minister said this proves governments may have to make “discriminatory or unconstitutional decisions” in the advancement of the nation in the future.

In response to Tall Pines MP Don Saunders, who sought clarity on the statement, the prime minister said had an unconstitutional decision been made “we would not have been in this position today”.

He continued: “There would have been great backlash as we would have gone against the law”.

Noting the devastating job losses throughout the world as a result of the pandemic, the prime minister says the government is exploring the option of salary deferment to avoid mass layoffs.

He gave the example of paying 70 percent, and deferring 30 percent for Bahamasair employees, whom he said continue to be paid in full despite the aircraft “sitting there”.

He said: “I spoke to my colleagues this morning in the Caribbean, and at some point in time, we will have to make a decision on whether — I am not saying we are doing that now, but at some point in time — we have to make a decision whether Bahamasair’s staff who are sitting there, the aircraft that are sitting there; should we pay them a percentage of their pay, let’s say 70 percent and defer the other 30 [percent] until things have changed.”

He continued: “This is an extremely difficult period.

“Many thousands are out of work.

“We have had to pay out historic amounts in unemployment benefits, to provide considerable support to self-employed persons, and to feed tens of thousands.”

According to the prime minister, through week six of the of the National Food Distribution Program, which ended on June 12, approximately 62,766 food parcels and 7,150 vouchers were distributed throughout the country.

The number of cases now stands at 219.

Since the reopening of the borders on July 1, there have been 115 new infections.

This is 11 more than the total numbers of cases recorded between the outbreak in mid-March and July 1.

This article has been edited to include the prime minister’s direct reference to Bahamasair.