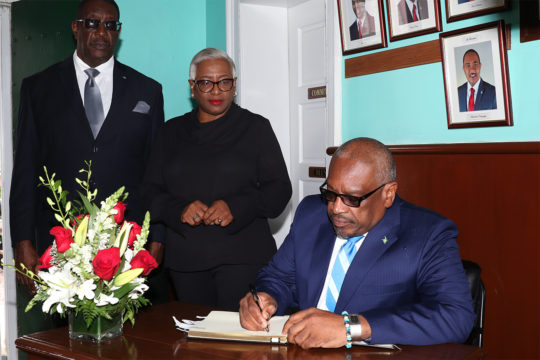 Prime Minister Dr. Hubert Minnis on Thursday signed the book of condolence as he paid his respects to former parliamentarian, the late Earl Thompson, Sr., at the House of Assembly. He was followed by Cabinet members and other officials from all sectors of the community. Thompson’s state-recognized funeral will be held today at St. Francis Xavier Cathedral.  Looking on are Leader of the Senate, Katherine Forbes-Smith, and Speaker of the House of Assembly, Halson Moultrie.  (BIS Photo/Letisha Henderson)