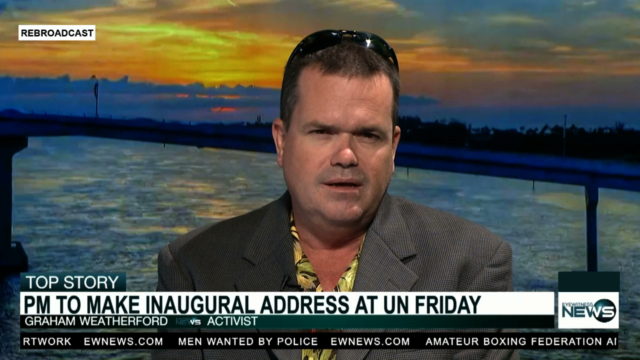 Political commentator and Beyond the Headlines (BTH) contributor Graham Weatherford said despite United States (US) President Donald Trump’s focus on trade with China, migration and trade during his recent address at the United Nations (UN), the prime ministers address should “100 per cent” be focused on the issue of climate change.

“We really need to focus on energy security and energy that would actually still be secure during and after a hurricane God forbid.