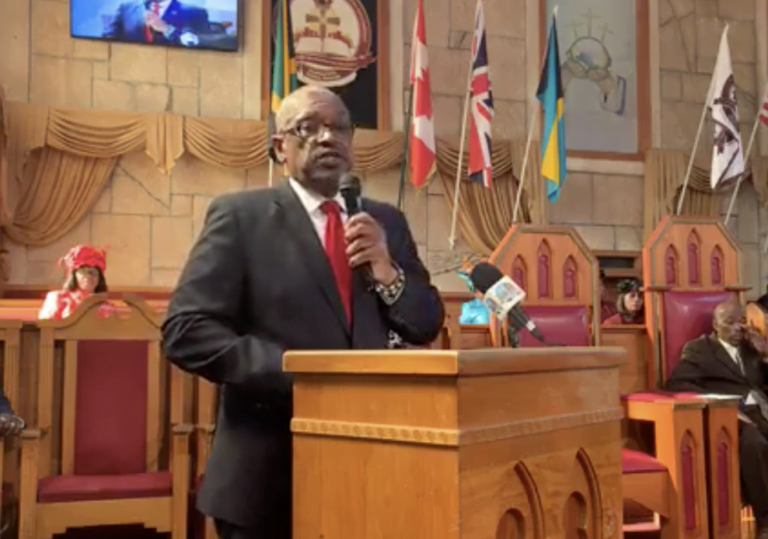 NASSAU, BAHAMAS — As he outlined the work of his administration over the last two years to improve the economy, stimulate job growth and uplift and empower the less fortunate, Prime Minister Dr. Hubert Minnis yesterday asked Free National Movement (FNM) supporters to imagine what could be done in the next eight years under his leadership.

He made the statement at the 27th anniversary of the FNM’s (FNM) August 1992 election victory over the Progressive Liberal Party.

“As the Ministry of Finance noted on Friday, and I quote, the national unemployment rate improved in the latest May 2019 report; it dropped from 10.[7] per cent to 9.5 per cent,” Minnis said.

“This is the lowest unemployment rate in 10 years.”

The prime minister continued, “Now, you can imagine; we did this in two years

“Imagine what we will do knowing that I have eight more.

“And you have many more.

“Overall, in six months — from November 2018 — the number of discouraged workers in the country declined by two per cent. Since May 2017, there has been a net increase in the number of employed individuals, by nearly 15,000 and a decline in the number of people in the vulnerable employment sector of the labour force of 1,625.

There were 16,370 people listed as vulnerable workers in the May 2017 survey.

“The fact that long, strong job growth took place as the number of contractual and temporary workers fell significantly is a sign that Bahamians are finding more permanent jobs,” he said.

“While this is good news and we are moving in the right direction, we still have plenty work to do to expand this economy and further boost employment.”

The latest unemployment rate of 9.5 per cent is also lower year-on-year.

Of that figure, 200,145 people were listed as permanent employed.

Youth unemployment was during the time of the survey was 20 percent.

Discouraged workers declined marginally over the six-month period, from 2,030 to 1,990.

Minnis expressed thanks to the Bahamian people for their confidence in his leadership and that of his administration’s, and pledged that the Free National Movement will work relentlessly in its remaining three years to secure and promote a better future for current and future generations.

Notwithstanding the downward trend in crime, according to statistics presented for the first half of the year, Minnis said there is a lot more work to do to address crime and the levels of violence in The Bahamas.

“Crime is down, yet we still have more work to do to address crime and violence,” he said.

“We must never forget the suffering, and pain of the victims of crime.”

Crime statistics for the first half of the year, reflect a 17 percent decrease in crime overall compared to the same period last year.

As of August 6, murders were down approximately 10 per cent, compared to the same period in 2018.

As of March, murders were down period-over-period by 26 per cent.