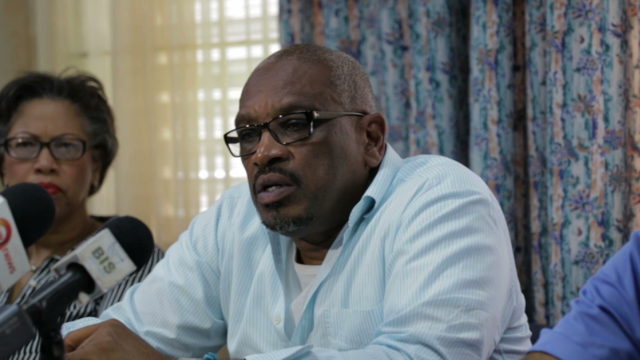 NASSAU, BAHAMAS – On behalf of the Bahamian people and the Government of The Bahamas,  Prime Minister Dr. Hubert Minnis on Tuesday extended his deepest and heartfelt condolences to the families of Bahamians Alrae Ramsey and Blair John, who were found dead in Turin, Italy, under tragic circumstances last week.

“I spoke with the Ramsey and John families at the weekend and assured them that the Government is doing everything it can to ensure that the remains of their loved ones are returned home to The Bahamas as soon as possible,” the prime minister said in an issued statement.

The bodies of Ramsey, a Foreign Service Officer and John, a Psychology Ph.D. student, were discovered by Italian authorities in waters of the River Po in Turin, Italy on Tuesday, June 4 and Wednesday, June 5, 2019.

Autopsies were  performed on both bodies on Monday, June 10, but the results of these autopsies have not yet been shared with His Excellency Ellison E. Greenslade, the High Commissioner of the Bahamas to the UK of Great Britain and Northern Ireland, who was dispatched to Italy on Saturday past to make further inquiries into the deaths of both men.

On Monday night, Greenslade said “good progress” was being made in the investigation.

Meanwhile, the prime minister noted in his statement that as a father, he could not imagine the unspeakable pain that the parents of these young men are going through.

He said that from the outset, he has been in regular communication with the Minister of Foreign Affairs, Darren Henfield, and the Ministry and its representatives are carefully and diligently handling this very ‘sensitive’ matter.

“I note the reports received from His Excellency Ellison E. Greenslade, High Commissioner of The Bahamas to the United Kingdom of Great Britain and Northern Ireland, who has indicated that he is carefully following the investigation into the deaths of Mr. Ramsey and Mr. John,” the prime minister said, adding that the  Ministry of Foreign Affairs will continue to provide regular updates to the families and the public on these tragic circumstances.

“I ask the nation to please keep the Ramsey and John families in their thoughts and prayers during this very difficult time,” the prime minister’s statement concluded.