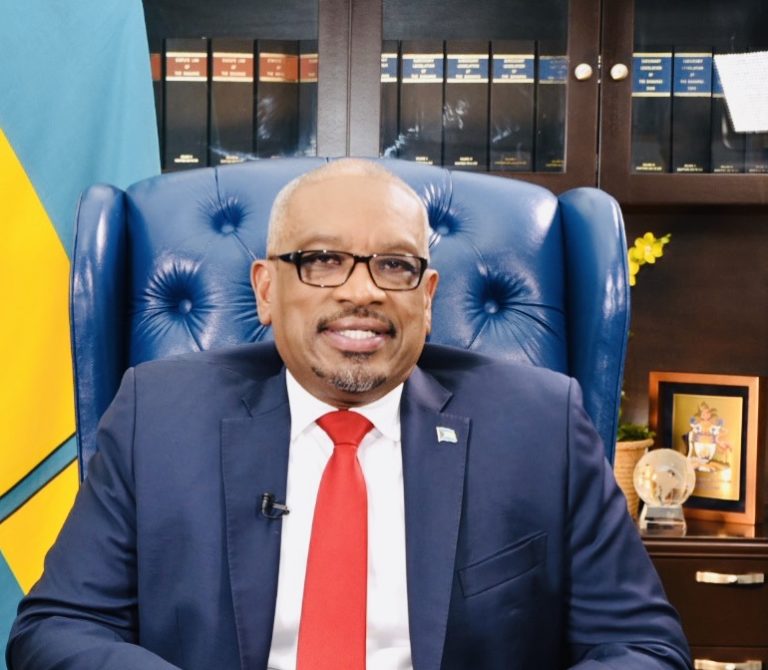 NASSAU, BAHAMAS – The Minnis administration will inject $8 million in the reconstruction of key public infrastructure buildings in Ragged Island, nearly two years after the island in the southern Bahamas was devastated by Hurricane Irma, leaving it “uninhabitable”.

He continued, “I am also pleased to announce that candidates have been shortlisted to take part in the request for proposals (RFP) process for a solar generation facility in Ragged Island,” Minnis said.

“The RFP is expected to be published soon.

“Barring any unseen circumstances, the current projection for completion for such facility is by year’s-end.”

Following the storm, which cost the government an estimated $135 million, Minnis declared Ragged Island unlivable, though he vowed that it will be rebuilt.

He pledged that the island will be made a “green city”.

Months later, government officials said it will cost tens of millions of dollars to realize that vision, but little information was provided on how the promised green city would be achieved.

There are reportedly fewer than 60 residents on Ragged Island.

Minnis said a major reform effort of his administration is the revolution of digital technology and the ongoing modernization of government, making it easier to access data.

According to the prime minister, the process of accessing data for the public has been too cumbersome and there must be easier access to the wide range of economic and tax concession for example.

In March, the Minnis told the media that the government will ramp up the Over-the-Hill initiative after it was discovered than the program was undersubscribed.

According to reports at the time, only 20 individuals had benefitted from tax concession in the inner-city communities.

Those areas known as Over-the-Hill, which included Bain and Grants Town and Centreville, were declared tax free zones last November.

The concessions, among other things, would allow successful applicants to bring in construction material duty-free, provide exemptions from real property tax and other tax exemptions for residents and businesses in the designated zones.

The zone runs from the south of Queen’s Staircase, east of Nassau Street, north of Wulff Road and west of Collins Avenue.

Last night, Minnis said it should be easy for residents to report environmental issues from derelict vehicles to pot holes online.

He said: “We will employ a ‘once only’ policy so that when one government agency owns or has a document or a bit of data every other agency will be prohibited from requesting the very same document again and again and again”

Over the next few months, the government is expected to launch a pilot program for passport renewals, driver’s license renewal and the verification of birth and marriage certificates.

Minnis reassured his administration’s commitment to transfer several thousand service lots across the archipelago to Bahamians over the next several years, and to address the backlog of land applications, as well as restructuring the application process for Crown Land.

“Land reform is not an easy of quick fix, but we intend to ensure that many more Bahamians have access to Crown Land,” he said.

“Essential to the development of the Family Islands is the grant of Crown Land to Bahamians for lodges, and boutique properties, for agriculture, for second home development and for other purposes.”

Noting that the construction sector is set for significant growth, particularly on New Providence and Grand Bahama, most notably the development of both respective ports, Minnis said this will bring many more employment and entrepreneurial opportunities for citizens.

Minnis also touched on the improving the road network in New Providence.

He announced that the design phase of widening Gladstone Road from two lanes to four lanes will commence shortly.

According to the prime minister, the improvement to the corridor will improve congestion during peak traffic hours.

The government will issue request for proposals for the design and supervision of Tonique Williams Darling-Highway between Bethel Avenue and John F. Kennedy Drive, Minnis said.

There are also plans to make improvements to Solider Road and Carmichael Road, and extend Milo Butler Highway from Carmichael Road to Cowpen Road, which will include dual carriageway, among numerous other thoroughfares.

Additionally, Minnis said the government will establish a traffic management centre that will provide greater oversight of the road traffic signals across New Providence remotely.

He said this will improve response times to technical issues and give the government greater insight to traffic flow patterns, and volumes.

He also touched on the government’s progress towards renewables; and the Bahamas Power and Light’s renewable plans across the Family Islands.