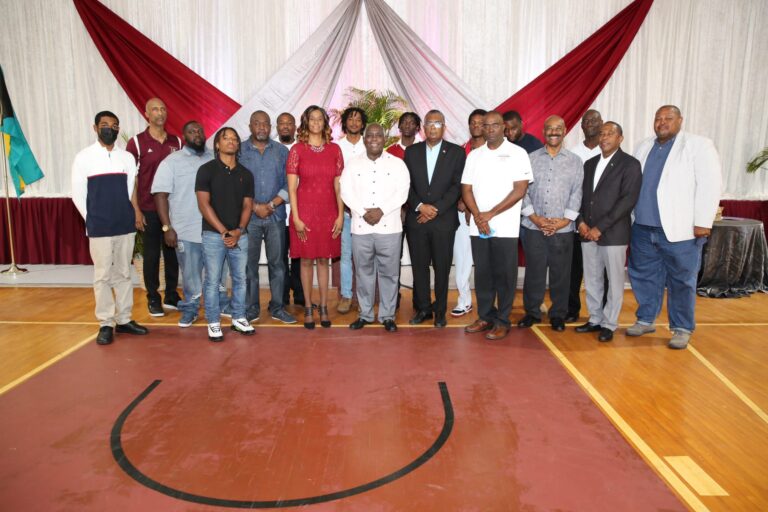 Prime Minister Philip Brave Davis presented the rings to the 13-member team during a special ceremony at the school’s gymnasium, where he expressed the importance of honoring the young men for their accomplishments.

“Your championship win was a tremendous achievement and one you should be immensely proud of,” the prime minister said.

“It was only fitting that you be rewarded for your hard work, dedication and determination to be the best.”

Minister of Youth, Sports and Culture Mario Bowleg stated: “I was the head coach of CC Sweeting High in 2016 when the inaugural National High School Basketball Championship was held, when we won it,” he said.

“From the former principal, Mr Barr, and all our coaches, I am happy and proud of all of them.

“I have the best coaches in The Bahamas and the work that they and the young men put in, they are the ones to be thanked for what they’ve done.

“Also, Minister [Fred] Mitchell, he’s also to be thanked. I’ll never forget the day I was on Facebook crying about these boys not getting their just due and I saw other teams getting their championship rings. Mr Mitchell said [he] was not in the position of power at that time, but saw it fitting to make this happen.”

Foreign Affairs and Public Service Minister Fred Mitchell said it was the right thing to do, getting the team members their championship rings.

“The rings were donated by the prime minister (Davis) when he was leader of the opposition, because we felt that these young men were neglected by the last administration,” he said.

“I was chairman of the PLP (Progressive Liberal Party) at that time and brought it to his attention and now the young men have the rings.