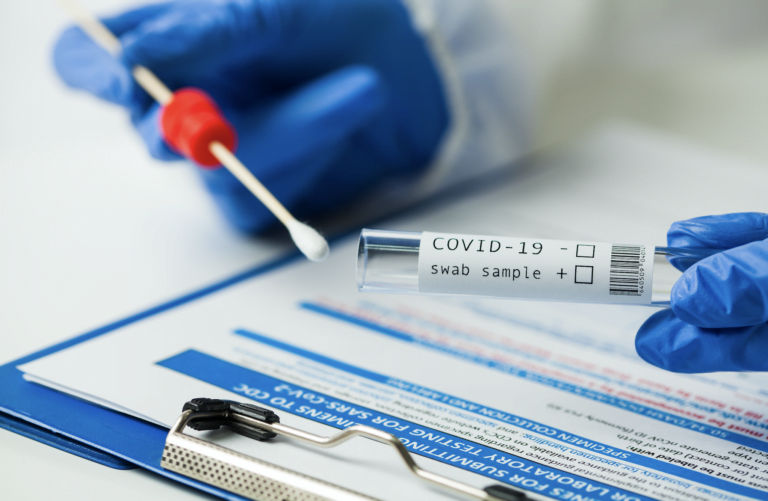 Davis: “Get it together, PM. Too much is at stake.”

“I know you heard that statement coming from the leader of the opposition,” Minnis said, when asked during a press conference on the COVID-19 situation in the country.

“The PLP lives in the Alice of Wonderland of fantasies.

“They must stop using politics and one-day face realities.

“We will do whatever is necessary to ensure the safety and survival of our fellow citizens.”

He did not directly answer whether free widespread testing would be implemented.

The Progressively Liberal Party (PLP) has continually called on the government to implement widespread COVID-19 testing as a part of its mitigation efforts to tackle the rise in COVID1-9 cases.

In a statement responding to the prime minister, PLP Leader Philip Brave Davis said, “Only this PM would respond to a reporter’s question about free COVID testing with insults and partisan politics.”

Davis noted that many countries are offering free testing to their citizens, including Turks and Caicos.

“A successful COVID policy requires a government dedicated to finding and isolating the virus through expanded testing,” he said.

“Instead, his weak testing policy means too many cases go undiagnosed and he can only slow transmission by locking Bahamians up nights and weekends, hurting families and local businesses.

“Once again, as he has since the beginning, the prime minister pointed to all the countries who are failing to contain the virus, as if he could use them as a shield from criticism.

“And once again, we invite him to look at and learn from the success stories, especially in the Caribbean.

“Get it together, PM. Too much is at stake.”

PM uses failed tactics to keep us on lockdown while the opposition who tells us they don’t support extended curfews but they don’t vote on them! Opposition never thrown a vote in so who fights for us?? Brave makes plenty noise in the press but staying out of the votes?? Peter is no better than Paul!!