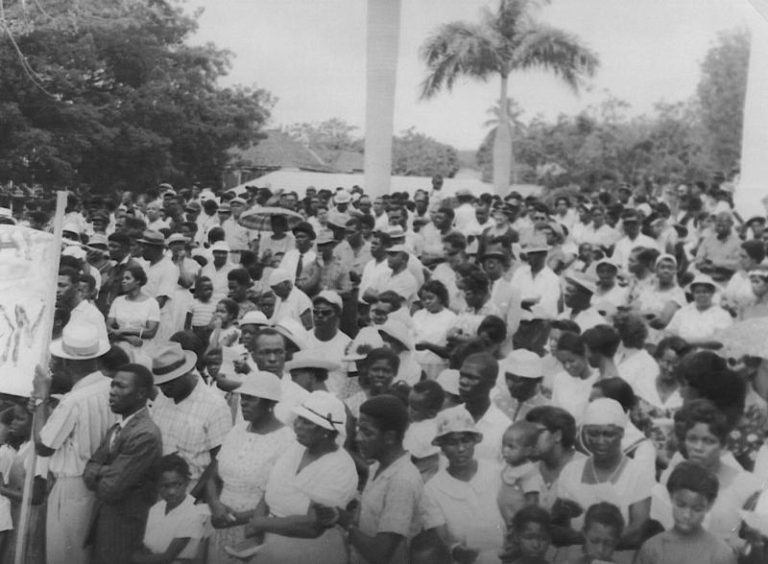 On a day that holds historic significance for the Bahamian public at large, Prime Minister Dr. Hubert Minnis released a message on the now national holiday stating that Majority Rule Day should belong to everyone.

“This defining moment and historic accomplishment does not belong to any one political party or segment of our people. It crosses all boundaries of party, economic class, race and gender.

“Majority Rule Day commemorates the long struggle, and the day when the will of the majority of Bahamians was freely expressed in a general election,” Dr. Minnis said in a public address.

“Majority Rule belongs to all Bahamians. We should celebrate this day as one Bahamas as one people united in one love and service to our commonwealth.

Majority Rule Day became a public holiday in 2014, commemorating the day that The Bahamas gained majority rule for the first time in January 10, 1967.

The prime minister continued his address in informing those on just how Majority Rule day came about, going down the timeline of the huge moments that paved the way for the January 10 holiday.

“While slavery was abolished in 1834 and men of color held a small number of seats in the House of Assembly since the 19th century, the majority of Bahamians still suffered from political social and economic discrimination.

“In 1953 the Progressive Liberal Party was formed as the first national political party with William “Bill” Cartwright playing a central role in development of party politics.”

June 1, 1942 also signified the lead up to yesterday’s national holiday, a date that marked the Burma Road Riot – a protest led by agitated labourers who disputed for equal pay for equal work due to a satellite airfield that was being constructed in western New Providence.

That site today is the Lynden Pindling International Airport.

The Prime Ministers words were also echoed by that of Father Kendrick Forbes, the vicar general of the Catholic archdiocese of Nassau,  who delivered an address during a majority rule service at St. Francis Xavier Cathedral.

“My friends, what we observe on this day belongs to all regardless of our political affiliations or our ethnicity,” Forbes said.

“Majority Rule is about democracy. IT is about fundamental dignity of every human being, a dignity that says all peoples, be they women, men and children, rich and poor, black and white, all should have equal access to education, to health care, to employment, among others.”

A statement was also released by the office of the Chairman of the Opposition of the Progressive Liberal Party (PLP), reminding that while the day is a significant day for all, the forefathers and the legacy of the party should always be noted.

“The Progressive Liberal Party is proud of [the] groundbreaking role that it played in that day. That day ultimately led to our national independence. We remember the father of the nation Sir Lynden Pindling and all the other heroes and heroines of that day.

“Let us never forget no other party in this country can make the claims on this issue that we can.”

The office of the Chairman also calling for a permanent statutory commission to superintend the observances for Majority Rule Day.

Apryl Sands can be reached at asands@ewnews.com