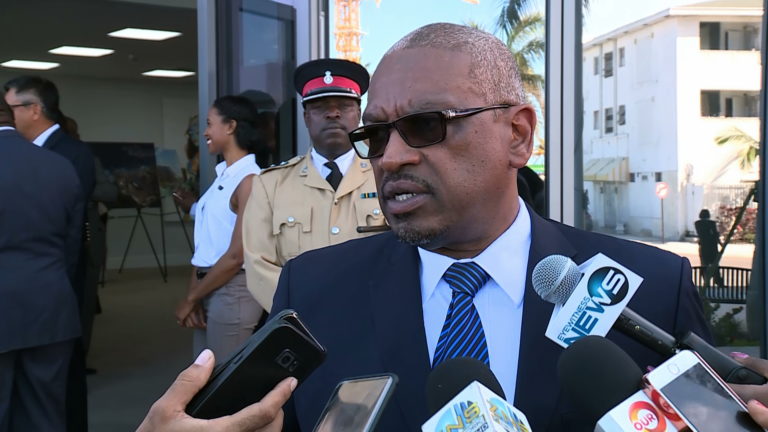 Prime Minister Dr. Hubert A. Minnis today is leading a delegation to Lima, Peru where he will address the third CEO Summit of the Americas, scheduled for April 12-13.  He will then proceed to London to attend the 25th Commonwealth Heads of Government (CHOGM) meeting April, 16-20.

This will be Dr. Minnis’ first Summit of the Americas as a head of state.

According to a statement released by the Office of the Prime Minister, the summit, which is held every three years, allows hemispheric leaders to address a number of topical issues.

For the CHOGM leg of the trip, the prime minister will be accompanied by his wife Patricia, along with a delegation comprised of Darren Henfield and wife; Minister of Environment and Housing Romauld Ferreira and wife; Minister of State for Grand Bahama Senator Kwasi Thompson and wife; Joshua Sears, senior policy advisor for the Office of the Prime Minister; Sharon Brennen-Haylock, director general, Ministry of Foreign Affairs; Candia Ferguson, director of The Bahamas Investment Authority; Vianna Gardiner; Katherine Marsh and Yontalay Bowe, Office of the Prime Minister; cameramen and reporters from the Broadcasting Corporation of The Bahamas and the Bahamas Information Service and relevant aides.

According to Press Secretary Anthony Newbold, the summit’s theme and three identified themes of the Lima Commitment – Democratic Governance and Corruption; Corruption and Sustainable Development, and Corruption, International Institutions and Public/Private Partnerships – are of great interest to Prime Minister Minnis.

“This is particularly important to the Prime Minister, and the Summit is viewed as presenting a unique opportunity for Member States to hold fruitful dialogue on the progress, achievements and limitations of the Inter-American system against corruption,” Newbold said.

“In particular, the dialogue will seek to promote concrete reforms to bolster this system. Therefore, the focus of the discussion will be on creating bilateral and multilateral mechanisms to enable the region to adequately tackle the problem.”

The CEO Summit, which will precede the two-day, Eighth Summit of the Americas, is the most important business forum of the Americas. Leading CEOs and Heads of State from the region will assemble to analyze opportunities to promote economic growth and investment through unprecedented public-private interaction under the Americas Business Dialogue mechanism.

The Americas Business Dialogue mechanism is a private-sector driven initiative facilitated by the Inter-American Development Bank intended to foster a high-level and open policy dialogue among the most important business leaders on the region’s priorities, challenges and opportunities for social and economic development.

Dr. Minnis will be among dozens of Western Hemispheric leaders assembled in Lima for the Eighth Summit of Americas which takes place April 13-14 under the theme: “Democratic Governance Against Corruption.”

The Summit of the Americas are institutionalized gatherings of Heads of State and Governments of the Member States of the Organization of American States (OAS) where leaders discuss common policy issues, affirm shared values and commit to concerted actions at the national and regional level to address continuing and new challenges faced by countries in the Americas.