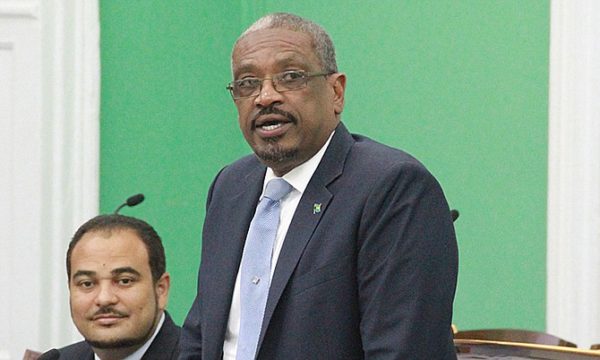 Prime Minister Dr. Hubert Minnis is “concerned” about the missing Oban file from the Bahamas Environment Science and Technology (BEST) Commission offices and the matter is being “actively discussed in Cabinet”, according to Press Secretary Anthony Newbold.

At his weekly ‘Meet the Press’ meeting on Tuesday, Newbold admitted he did not know when the file went missing but said, “when it was discovered, the police were informed.”

“The police just got a hold of the files, let them deal with it,” Newbold told media representatives.

“Anyone would be concerned about that. You don’t want people stealing from you whether it is the government or whether it is in your house. A file is missing. It is unacceptable.

“If a file is going missing, not only for that, that is important now because it is a part of this project but you don’t want a situation where people are reporting files missing. You have to call the police. Yes, you would be cornered about that. The police have been informed and they are investigating.

“Cabinet is meeting today as we speak and a matter like that going to the police, Cabinet will be briefed on that. They will discuss it.”

When asked why the public was not informed when the file went missing, Newbold said “if it was determined that it was something that would affect what was going on, I am sure a statement would have been sent”.

He also remained tight-lipped on what the information contained in the missing file.

“You will have to ask the people at BEST why they did not inform the public. From my office, I was not informed but was someone else from my office informed? Possibly. There is nothing about this that is not transparent. If a file is missing, you send it to police,” he said.

“… the government did not send out a statement. We will let the police do what they are doing and then we will talk about it when they are done with their findings.

“It contains information about Oban and the deal, that’s important enough. How secret it should have been kept is part of the process and if it has something to do with OBAN, at some point it will be revealed.

“At some point all of this information about Oban will be made public. We are concerned about anything being stolen.”

On Tuesday, Eyewitness News revealed that police have launched an investigation into the disappearance of an Oban file from the BEST Commission.

The revelation was first made to EWN after receiving a tip from within one of the government agencies working closely with the commission.

According to the source, “a series of meetings were taking place almost secretly so that the information wouldn’t become known, but only so much they could have held because they had to call police in to report the matter.”

Assistant Commissioner of Police Paul Rolle, head of the Police Anti-Corruptions Unit revealed, his unit is investigating the disappearance of the Oban file.

“We were notified about a week ago of the matter and have since been investigating it,” Rolle admitted.

Although he did not go into any great detail about the investigation, he guardedly suggested that they did have some information that they were checking.

“I cannot disclose what was in the file, but we are checking a number of things,” he said.

No further information has been revealed as to whether employees in the office of the BEST Commission have been questioned or will be for that matter.

It also remains unknown at this time whether this was a deliberate act or where this leaves the controversial $5.5 billion Oban deal at this point.