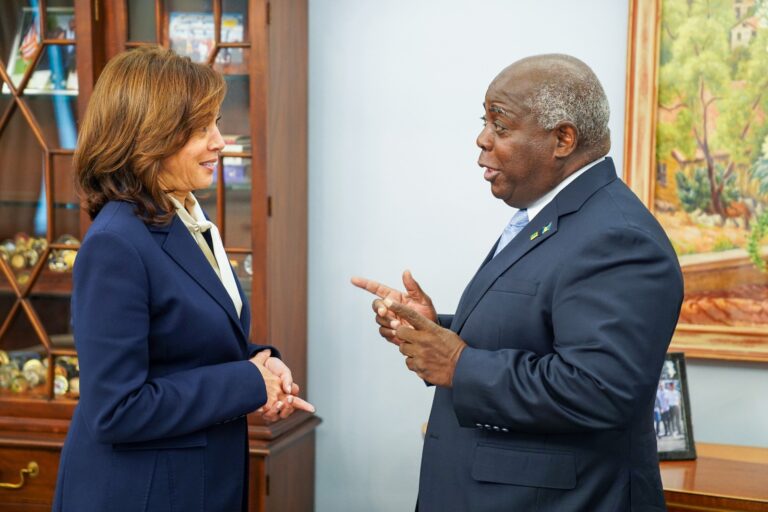 NASSAU, BAHAMAS — Prime Minister Philip Davis yesterday met  with US Vice President Kamala Harris at The White House to discuss a number of issues facing The Bahamas and the wider Caribbean region.

According to a statement released by the Office of the Prime Minister yesterday, the United States reaffirmed its commitment to strengthening partnerships with The Bahamas and with the nations and the people of The Caribbean.

“In discussing items relating to our bilateral relationship, the Prime Minister and the Vice President emphasized the importance of both strengthening efforts to combat illegal maritime migration and reducing the flow of guns illegally entering The Bahamas from the  United States. The Prime Minister also raised the importance of reinstating pre-clearance facilities in  Grand Bahama, a critical step to support the island’s economic recovery,” the statement noted.

It further noted that the discussion widened to cover a number of regional issues, including food and energy security, and efforts to combat climate change. It was also noted that as Chairman of CARICOM, Davis believes it is important for the United States and other partners in the hemisphere to support Haitian-led efforts to stabilize that country and find a path forward out of the crisis.