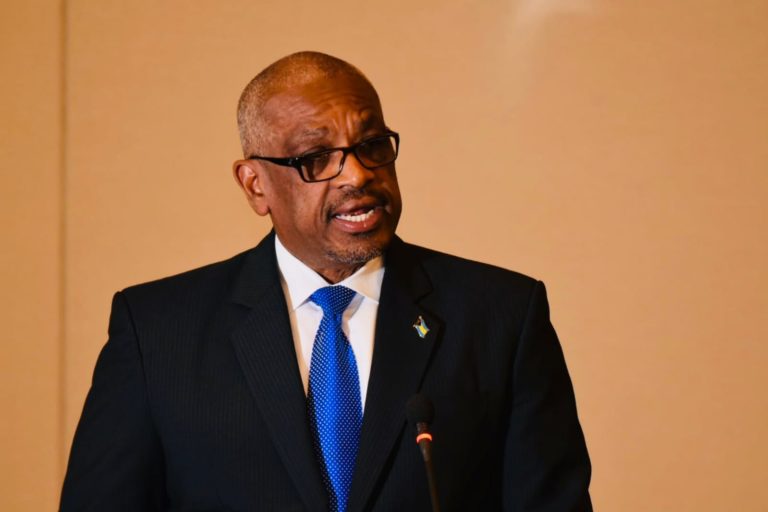 NASSAU, BAHAMAS — Prime Minister Dr. Hubert Minnis renewed his administration’s commitment to removing illegal migrants from The Bahamas and said the government and its agencies will “aggressively” defend the country as it can no longer “tolerate illegals”.

“Moving forward it is essential that we take charge and grab hold of the challenges we face with respect to illegals,” said Minnis, after returning from Barbados where he attended CARICOM inter-sessional meetings.

“This is no longer talk.

“Those Bahamians who engage in hiring illegals, the police, immigration and the relevant ministries have been given the mandate that they are to prosecute such individuals because The Bahamas is for Bahamians first and foremost and will remain.

“It is our duty and responsibility to ensure that Bahamians are first.

“So, we pointed out that we have a serious problem and like Turks we will aggressively address that matter, so we are putting all Bahamians on alert.”

The prime minister said one of the key matters discussed among CARICOM members states was the social and economic instability in Haiti.

“We brought forth to our CARICOM colleagues the challenges that we face with illegals; the challenges both ourselves and Turks and Caicos face,” he said.

“And in fact, the Turks prime minister had pointed out that things are getting so bad and restless in Turks Islands that the residents are now taking it upon themselves to capture illegal residents; apprehending them themselves and detain them for the police and other officers.”

Minnis said The Bahamas is in discussions with the island nation and expects to sign a memorandum of understanding (MoU) very soon that will allow both countries to “protect each other borders because we face the same challenges”.

CARICOM leaders have agreed to send a fact finding missing to Haiti in an effort to find solutions to the ongoing social and political unrest for The Bahamas southern neighbor.

Dominica’s Prime Minister Roosevelt Skerrit said the mission was important for the region, noting that if the regional body does not address the domestic issues confronting Haiti there will continue to be “tremendous negative impacts on countries like the Turks and Caicos and The Bahamas”.

CARICOM Chairman Mia Mottley, the prime minister of Barbados, agreed, saying while difficult conversations are not often welcome, but they are necessary to “gain progress and move forward”.

Asked whether Bahamian officials will join the fact-finding mission to Haiti, Minnis said a delegation was selected at the last CARICOM heads of government meeting, and The Bahamas was on standby to use its embassy in Haiti as a central command center for the mission.

“We have made it clear that we have a problem with illegal migration and The Bahamas will no longer tolerate it. We cannot afford it. We’re a population of 400,000. Haiti is a population of 12 million [people].