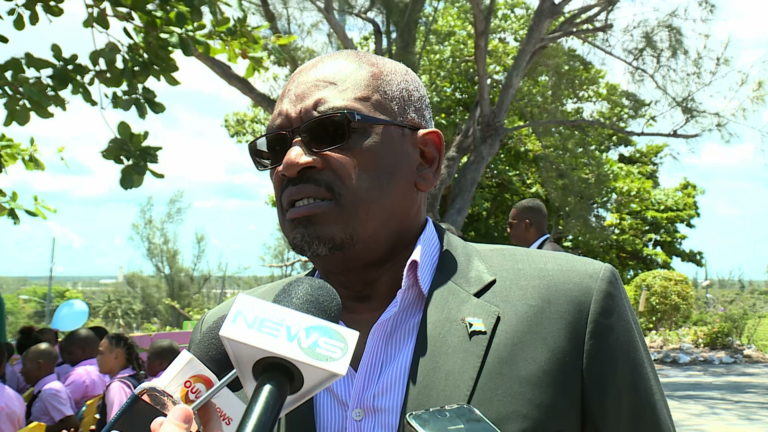 Prime Minister Dr. Hubert Minnis told reporters earlier this week that he is serious about aggressively stamping out poverty in New Providence.

“We cannot take on all at one time, but we have it plan so that it can be done in stages,” Dr. Minnis shared.

“I have a passion for the poor and underprivileged. I have said repeatedly that we will approach this entire principle in a phased manner. Phase one involved Centerville and Bain Town. Phase two, we will move to St. Barnabas and Englerston. Phase three, we will look at Gambier, Kemp Road, then segments of Fox Hill.

“We will look at all the poor areas that need help to ensure that their quality of life improves.”

The government has earmarked $5 million annually for the redevelopment of inner-city communities.

The Over-the-Hill Rejuvenation Project is a part of the government’s fight against poverty. It’s aim is to provide economic empowerment for residents and business owners in the area.

The government also recently announced its efforts to ensure that all homes in the inner-city have indoor toilets by 2025.

At present, statistics show that there are an estimated 3,500 homes which currently utilize unconventional toilet facilities.

The Minnis led Free National Movement (FNM) administration has agreed to spend $20M million during its current term in office, to fund its poverty alleviation efforts.

The Opposition Progressive Liberal Party (PLP) has gone on record to question the amount of money the government has earmarked for its poverty alleviation campaign.

The PLP has also questioned if the government is living up to the many promises it made prior to taking office.

In response, the prime minister said, “The promises that we made, we will complete. We made promises about many things and during our budget we will unveil as many as we can. But, we were given five years and we will complete our agenda in five, not one.”

“The leader of the opposition was in Parliament for 15 years.  If poverty meant so much to him, why didn’t he do something then? Now he has something to say?”

A number of promises were made during the 2017 General Election campaign, Davis said, which persuaded a number of Bahamians to vote in favor of the FNM administration.