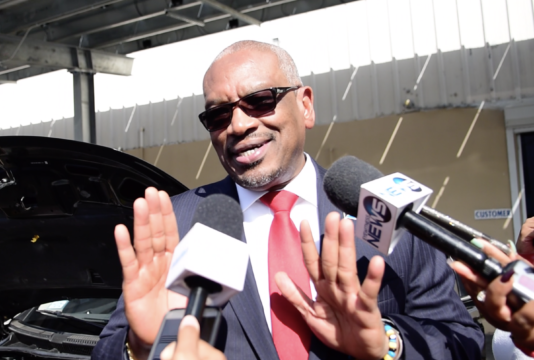 “He has his own reasons, and the party responded to that,” Minnis told reporters.

“I am now focused on building The Bahamas, that’s our focus and that’s where I will remain.”

Minnis spoke on the sidelines of the investiture ceremony at Government House for the 2019 National Honours.

At a press conference, Chipman unleashed a firestorm of criticism against the Minnis administration and fellow parliamentarians.

He urged people to pay attention to Parliament because their representatives were not reading the laws, and further claimed the FNM’s direction was not in the best interest of the people.

Chipman also went after the prime minister, suggesting that Minnis would need “a lot more stamina” if he planned to step into the “2022 arena”.

FNM Chairman Carl Culmer said last week that he was surprised by the resignation as Chipman did not notify party executives or his constituency officers before he announced his resignation in the party’s WhatsApp group.

Culmer insisted Chipman was not pushed out, adding the party wished him all the best in his future endeavors

Chipman entered politics on the FNM ticket during the 2017 general elections, ousting former Prime Minister Perry Christie who held the seat for 40 years.

Since being elected, the Centreville MP has taken positions against the Minnis administration – most notably on the recent increase in value-added tax, and the resolution to lease the Town Centre Mall from former Cabinet minister Brent Symonette.