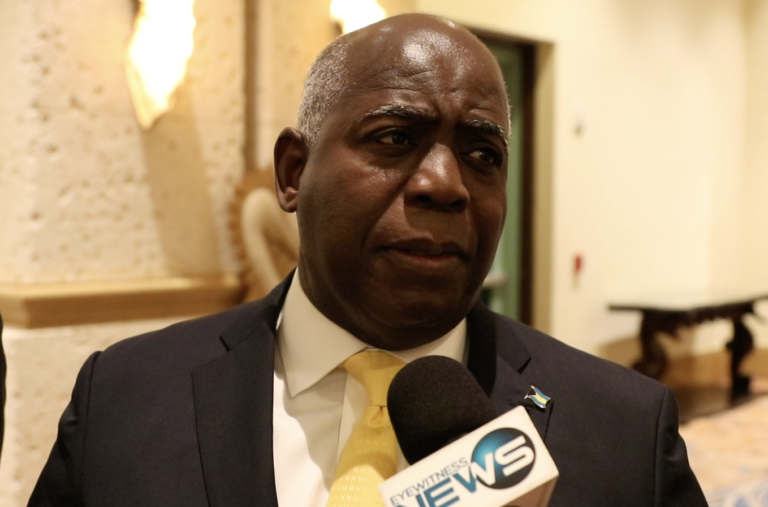 NASSAU, BAHAMAS — Prime Minister Philip Davis KC yesterday said that his administration plans to focus on three key areas over the next 12 months; namely the economy, education, and crime.

Davis made the comments while delivering opening remarks at The Bahamas Business Outlook conference yesterday.

“We remain fully committed to the long-term priorities we have set out in our Blueprint for Change. In the coming 12 months we will focus on three key areas,” he said.

Davis noted that his administration will continue to pursue growth in GDP and revenue, maximize the amount of investment in the country, and maintain efforts to reduce this nation’s debt.

“We will put a particular focus on reducing the cost of living and making efforts to lift people out of poverty. Even though the inflationary pressures are largely the result of global events and foreign economies, we will do whatever we can to ease the burden on Bahamian consumers,” said Davis.

Davis further noted that education is the main driver of national development.

He said: “This isn’t just an issue for parents with school-age children. Educating our children is how we build our nation. We will give even greater drive and focus to the work we have begun. Our teachers and administrators are working hard, despite facing serious challenges.”

The prime minster noted that more than 100 teachers have now been recruited, and for the first time in years, teachers are seeing an increase in salaries and benefits, along with a retention bonus.

“We conducted more than 200 repair projects at our schools, to make them ready for reopening. But as extensive as the infrastructure repairs were, it is far more difficult to repair the damage done by years of interrupted schooling and so our Learning Recovery Task Force is taking a multi-layered approach to making up for lost time.”

The Prime Minister noted that on Tuesday he met with US vice-president, Kamala Harris, where issues relating to illegal maritime migration and gun smuggling were central to the discussion.

“We agreed to broaden and strengthen the already strong partnership between our two countries in fighting these scourges, which do so much to threaten and undermine our society. If we can make our borders more secure, and reduce the flow of guns into our country, we will take big steps forward in national security.”

Reflecting on the nation’s journey to celebrating 50 years of independence Prime Minnis Davis noted that there have been “so many Bahamian success stories, real triumphs, and accomplishments to celebrate.”

Still, he acknowledged that for far too many, “middle-class life remained – and remains — unattainable, and for too many in the middle class, hard-earned gains feel too precarious.”

Davis added: “ Real independence must include the unlocking of real opportunity for the people of The Bahamas. There is still too great a concentration of wealth and opportunity at the top, with too few ladders to success and ownership for those of us who start life in humbler circumstances.”