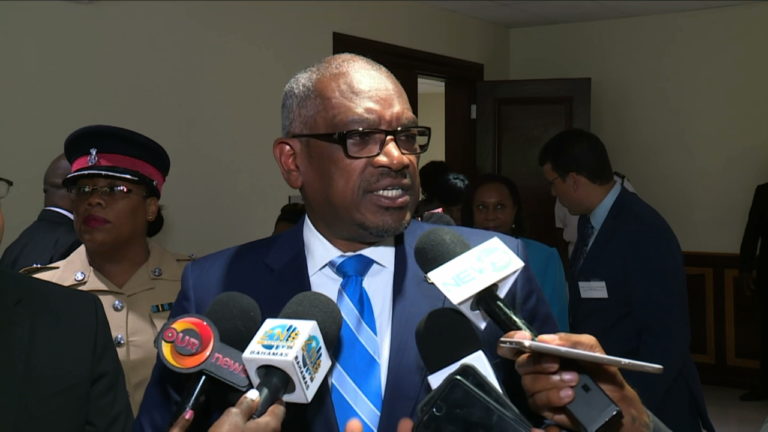 Sands, who resigned from the BCA and the Free National Movement on Sunday said that Archer has no experience in the industry and his appointment made the work of the BCA more challenging as The Bahamas accedes to the World Trade Organization (WTO).

Dr. Minnis spoke to reporters on the issue on the sidelines of the opening of the State of Tourism Conference held at the Atlantis Resort last night.

He added that his qualifications to be prime minister was also questioned.

Dr. Minnis also denied any political interference in the BCA as suggested by Sands. He cited threats against the association if he did not resign.

“There has been no political interference in anything,” Dr. Minnis said.

“Why would we want to do that?”

Sands is the second public party member to resign from the party in the last two weeks.  Minnis, however, said his resignation was a moot point.

“He is not that involved in the party so what issues can he express?” Dr. Minnis asked.

“He is not a party official, or executive member or council member. He is not associated with any branch, no organization that I know or are aware of with the party so what is the big issue.”

Former Bahamas Power and Light (BPL) Chairman, Darnell Osbourne resigned a long-standing party member last week after she was unceremoniously fired from the post following claims against her by Works Minister Desmond Bannister.

Despite the resignations, Dr. Minnis said he believes support for him within the party and among the electorate is still strong.

“I know I and the party still have the strong support of the people,” he said.

“It’s not a matter of thinking, I know.”