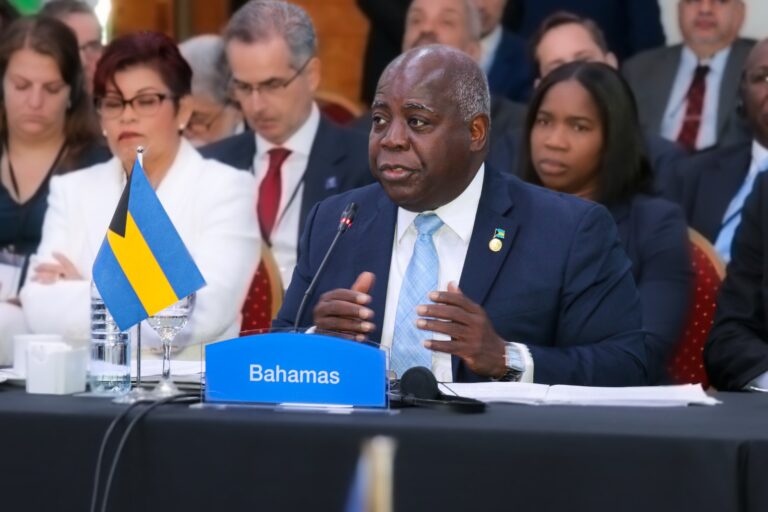 Davis made the remarks during his intervention at the opening session of the Heads of Summit meeting of the Community of Latin American and Caribbean States (CELAC) in Buenos Aires, Argentina.

“The tragic situation there continues to pose a substantial threat not only to Haitians but also to The Bahamas and neighboring countries, all of whom are experiencing a significant increase in irregular and often dangerous migration,” he said.

“With the support and leadership of Haiti, collectively, we can, through CELAC and other regional organizations, help Haitians build a path out of crisis.”

The migrants were intercepted near Cay Sal on Sunday.

In Argentina, Davis continued: “We commend Haitian-led efforts to hold elections before the end of 2023, to arrest the threat to public security posed by violent gangs, to relieve hunger and malnutrition, and to alleviate the political crisis.

“Enhanced regional partnership can especially help to scale up capacity-building for the local police, and tackle trafficking, particularly in people, contraband, and guns.

“These Haiti-led solutions provide promising alternatives to the usual inclination to carry out activities in Haiti without Haitian direction, and the preference for investing in the strengthening of the NGOs in Haiti, as opposed to strengthening her public institutions.”