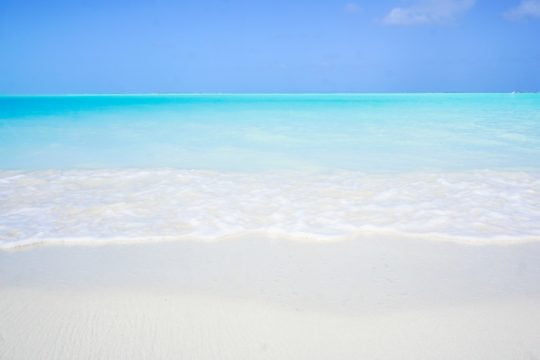 NASSAU, BAHAMAS — Prime Minister Dr Hubert Minnis today made an impassioned plea for Bahamians and residents to understand the decision made to close beaches and parks over the Independence holiday weekend is a sacrifice for “three days for a healthier and better nation”.

“I ask the young people today, I’m only asking you to sacrifice three days for a healthier and better nation…I ask the entire nation, tourists included, just three days,” the prime minister said in Parliament this morning.

He continued: “Are we not worth three days to save a nation? Be responsible. If you love yourself, if you love your future generation, and if you love your country — and I know the member for Cat Island loves his country… — so I ask the entire nation Mr. Speaker, including out visitors, three days.

“That’s all we ask, three days to save this little nation. We just had two additional cases.

“We don’t know where they travelled. We’re investigating them now. Our decisions Mr. Speaker are for the protection of Bahamians, the residents and visitors to our shores.”

The closure of beaches and parks will take effect Thursday at 10pm, until 5am next Monday, July 13.

The latest infections pushed the total number of cases to 106.

The Bahamas opened its borders to international commercial carriers on July 1, welcoming visitors from across the globe, despite surges of cases in several jurisdictions, including the United States.

Visitors are required to have a negative PCR COVID test within seven days of travel to enter The Bahamas in additional to a pre-screening to determine their health risk.

“To our visitors, I know that you’ve come to utilize and swim in our beaches,” he said.

“If you love this Bahamas like you say you do, then I ask you to make this sacrifice with us.”

As he addressed Parliament Monday, the prime minister underscored the ongoing surge of new infections in the US, particularly Florida, Texas and Arizona.

He said the government was aware of what may have contributed to some of the surge.

The prime ministers’ announcement prompted a flurry of mixed reactions on social media. While many were outraged and strongly criticized the decision, others defended the move.

St Anne’s MP Brent Symonette told The Nassau Guardian the prime minister ought to provide a full explanation on the decision to the Bahamian people.

Today, Minnis said his conscience is “clear and resolved”.

He also said given the risks associated with the spread of the virus and the long terms health implications, he believes Symonette now understands the need for the closure.

“We are doing the right thing to stop the spread of this virus,” the prime minister said.

Instead of the wide open sunny beaches and the cleansing salt ocean water, with a nice breeze blowing. people can cram together inside their homes or hotels, rebreathing recycled air. And no one sees a problem with that.