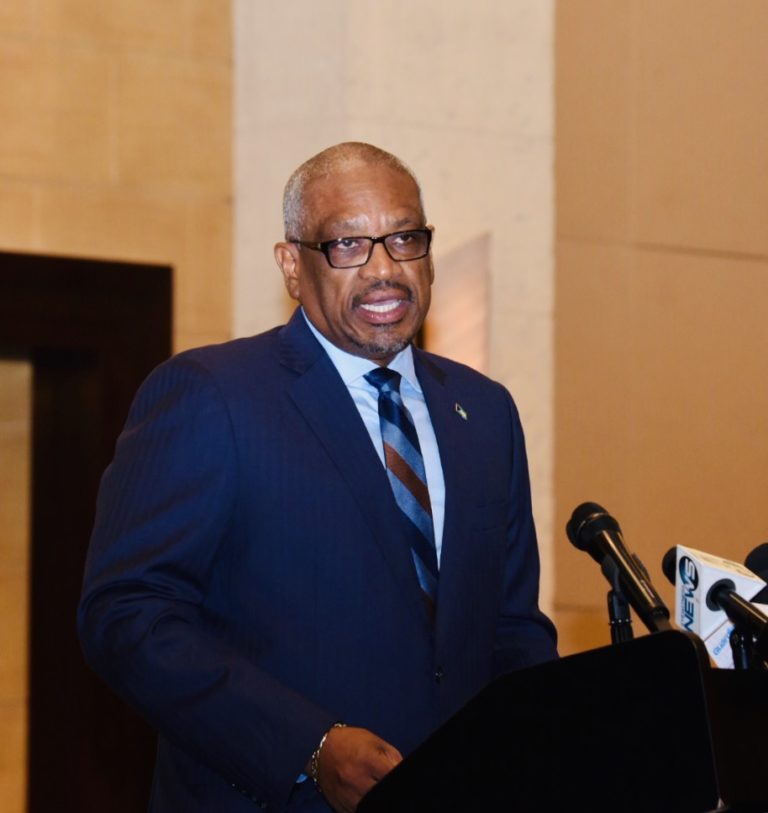 NASSAU, BAHAMAS – Nearly eight months after promising a probe into matters that unfolded at Bahamas Power and Light (BPL) between some former board members and Minister of Public Works Desmond Bannister, Prime Minister Dr. Hubert Minnis said yesterday that the government has engaged a company to complete that investigation.

“We have signed the contract already; selected the company and they should commence their questioning and investigations very soon,” said Minnis, in response to questions from the media while on Inagua.

“I know everything has been signed.

“No, I am not giving you the name of the company — not yet.

“With time you’ll get that.

“That was signed just last week.”

Last August, after the former BPL board was disbanded, Minnis said the government will launch a “proper investigation”.

Three members of the former board — Darnell Osborne, the then executive chairman, Roy Nick Dean and Nicola Thompson — have taken legal action against the minister for damages for wrongful dismissal, alleged misfeasance and slander.

In their writs, each of the plaintiffs are seeking damages for wrongful dismissal; damages, inclusive of aggravated and exemplary damages for alleged misfeasance; interest; cost and any other relief as the court deems fit.

Bannister said last year that relationships within the board had broken down and the board locked horns on almost every issue, at great cost to the power provider.

But Osborne, Dean and Thompson retorted that “political interference” and a “continuous disrespect” toward the executive chairman were at the root of the former board’s dysfunction.