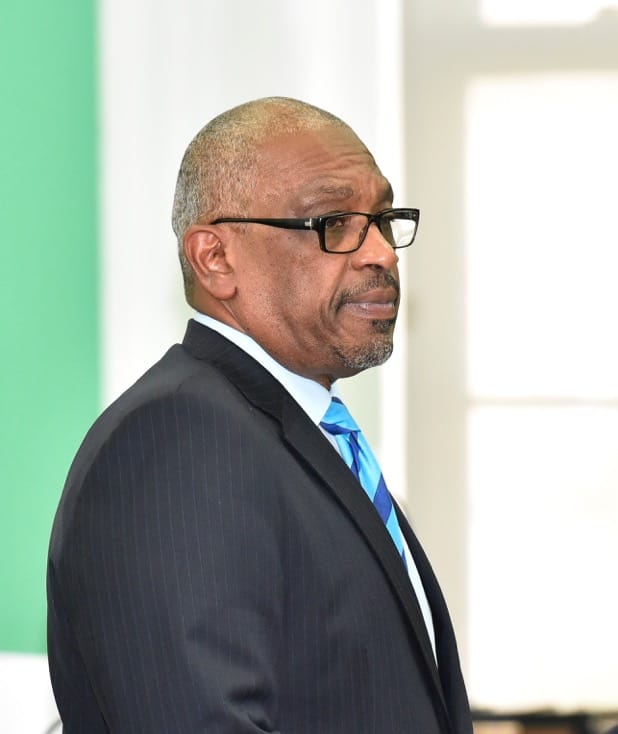 NASSAU, BAHAMAS — Prime Minister Dr Hubert Minnis assured that despite the twin economic catastrophes of Hurricane Dorian and the COVID-19 pandemic, the Bahamian dollar remains “as strong as it has ever been”.

Minnis, who today presented in Parliament the mid-year budget statement for the six months ending December 30, 2020, acknowledged the pandemic has had an unprecedented impact on this nation, with the country’s primary business — tourism — having been dealt a severe shock.

He noted year-over-year growth in expenditure of $112.1 million at the mid-point of the fiscal year has been fueled by the massive increases in funding to support social programmes, which has driven expenditure up to $1.41 billion.

The prime minister noted that during the first six months of the 2020/21 fiscal year, total revenue contracted by an estimated $415.3 million to $673.4 million when compared to the same period the previous year, amounting to 38.1 percent of the full year budget estimate.

Minnis noted The Bahamas recorded a gain in external reserves of $622.4 million to total $2.4 billion at the end of December, 2020.

He noted that due to the current economic crisis, the government has sought where possible to limit the growth in overall expenditure.

“The year-over-year growth in expenditure of $112.1 million at the mid-point of the fiscal year has been fueled by the massive increases in funding to support social programmes,” he said.

“This has driven expenditure up to $1.41 billion. As the economy rebounds and tourism activities resume, we anticipate a significant moderation in expenditure as persons go back to work, and the government begins a slow wind-down of its current outlays on social support programmes.”

According to Minnis, at the mid-year point, the government has protected over 14,000 private-sector jobs by funding $44.4 million in payroll support through tax credits and deferrals.

The government has spent $24 million on food assistance through the National Food Distribution Task Force to feed 72,000 households, and has invested $45 million in business continuity loans and grants and $83.5 million in construction projects to stimulate the economy, he noted.

“Subsidies and transfers to non-financial public corporations increased to $205.7 million to support operational costs, in particular, salaries due to COVID-19 economic hardship, and to support health and safety measures,” Minnis added.

“Social assistance benefits increased by $91.6 million to $104.4 million compared [to] the same period in the previous year, largely due to increased demand on the government’s social support programs such as the unemployment assistance program managed by NIB (National Insurance Board), the specially created National Food Distribution Task Force and the Department of Social Services’ ordinary food assistance program.

“During the first half of the year, capital spending contracted by $7.4 million to $109.3 million compared to the prior year.”

Still, Minnis noted he is encouraged by the fact that since the reopening of the tourism economy in November, government revenues for the months of November, December and January have “modestly exceeded our revenue forecasts for those months”.

“We continue to see progress on substantial investment projects, as highlighted by the ongoing work on the Wynn property in Cable Beach, and the soon-to-be-opened Pointe property downtown,” the prime minister noted.

“The work on the new port development downtown is moving into high gear.

“Major hotels, such as the Atlantis property, boast strong advanced bookings. In fact, Atlantis is getting set to reopen its Royal Towers next month. The Sandals properties in New Providence and in Exuma will also reopen soon.

“Cruise lines, such as MSC, have already resumed services in other parts of the world, with plans to restore Caribbean sailing in the very near future.

“The government continues to make investments and encourage entrepreneurship in untapped business sectors, which will soon begin to bear fruit as we plant seeds to diversify our economy.”