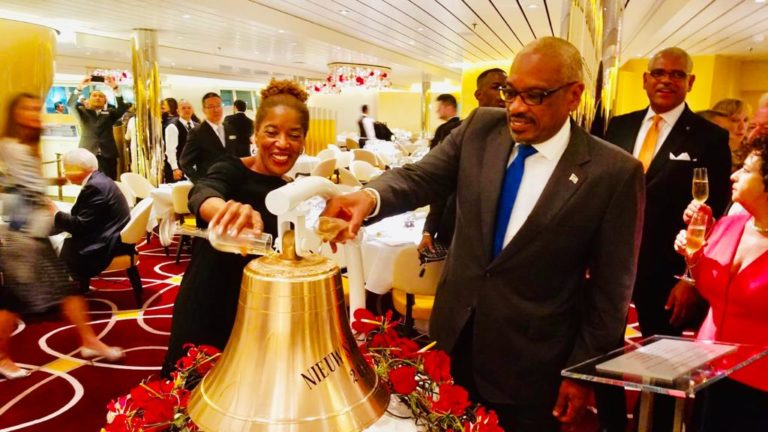 Carnival cruise ships call on ports around the world, including Nassau, Freeport, Princess Cays, Eleuthera and Half Moon Cay.

D’Aguilar also met with Donald following the dedication ceremony to discuss a variety of matters.

During Saturday’s pier-side ceremony in Florida, Oprah Winfrey christened the nearly 100,000-ton cruise ship and was named godmother of the Nieuw Statendam.

Part of the ship’s inaugural season featured an Oprah and O, The Oprah Magazine ‘Girls Getaway’ cruise, which included a stop at Half Moon Cay on Thursday, January 31.

“We are pleased for the opportunity to witness such a special ceremony and get an up-close look at one of Carnival’s newest ships,” said Dr. Minnis.

“The Bahamas has a strong partnership with the Carnival Corporation and we look forward to building on that relationship with new projects that will create jobs and expand economic opportunities for Bahamians.”

The prime minister and his delegation returned to The Bahamas on Sunday.