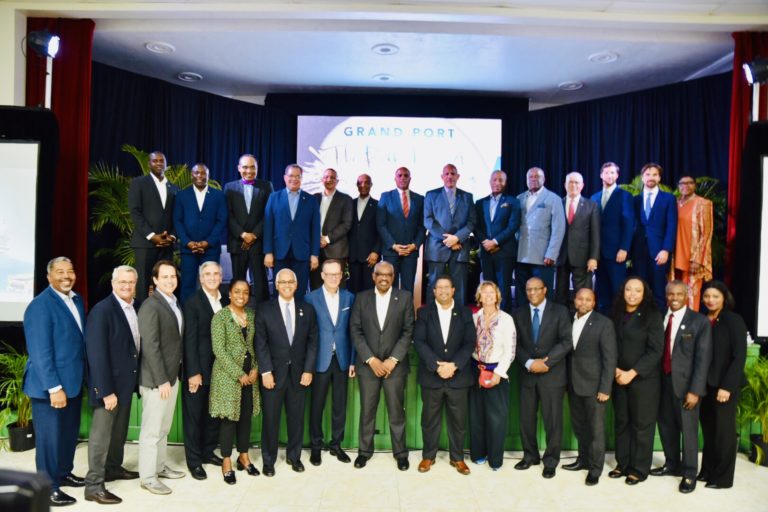 FREEPORT, BAHAMAS – Prime Minister Dr. Hubert Minnis and Ministers of the Cabinet arrived at the Grand Bahama International Airport on Monday for an informational meeting on the ‘Grand Port’ – Freeport’s newest cruise port. The meeting was held yesterday at the Foster B. Pestaina Centre of Pro Cathedral of Christ the King.  The delegation will hold its Cabinet Meeting in Grand Bahama today.

In his recent national address, Dr. Minnis announced an aggressive agenda aimed at boosting economic growth for Grand Bahama, which has been touted the ‘tech hub’ of the country.