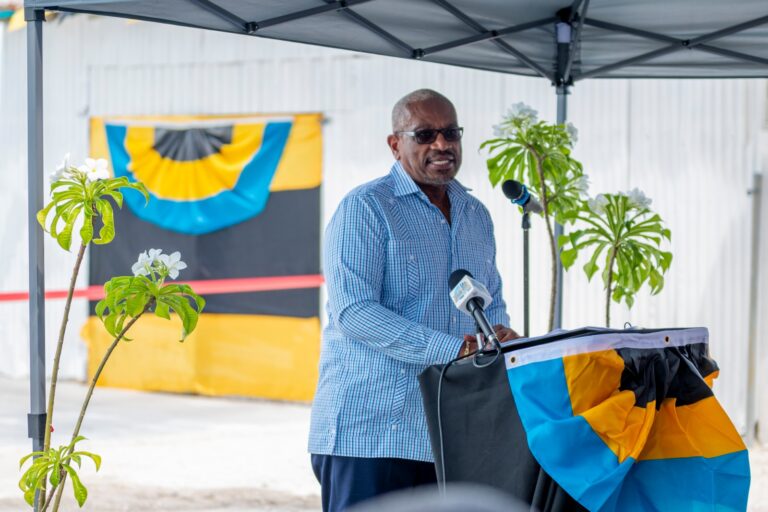 The development is part of the government’s land initiative that offers ready-to-build lots for an affordable price — starting at around $15,000 on New Providence and around $10,000 on the Family Islands — and duty-free concessions on building materials.

Provisions will also be made within the development for pre-schools. Operators of certified preschools will have the opportunity to apply for grants through the Small Business Development Center under the government’s universal preschool program, which seeks to ensure that every Bahamian child has access to preschool.

The serviced lots initiative is part of the Minnis administration’s effort to ensure that more Bahamians, in particular young Bahamians, have greater access to land and, by extension, affordable homes.

The prime minister made the announcement at a ceremony for the official opening of the refurbished Main Government Dock and Fisherman’s Dock in Rock Sound.

“Both the main mail boat dock and fishing dock in Rock Sound were in very poor condition for some time,” said Minnis.

Mail boat docks provide a vital hub for the delivery of goods and services from New Providence and other jurisdictions, including the United States,

The fishing docks provide a location where fishermen can undertake their trade and where leisure boats can safely berth.

The $2.8 million Ministry of Works project was carried out by A&D Gaitor’s Equipment Rock and Sand, and was successfully completed on time and within budget, the prime minister noted.

The expanded modern facility will provide the settlement of Rock Sound with a dock that will service the local community for many years to come, said Minnis, who noted that the M/V Daybreak mail boat had been unable to call on Rock Sound for more than 15 years due to the poor state of the government dock.

“Modern infrastructure like docks, roads, airports, clinics and other facilities are vital for Family Island development,” said the prime minister.

“This includes infrastructure that will help to boost economic growth.”