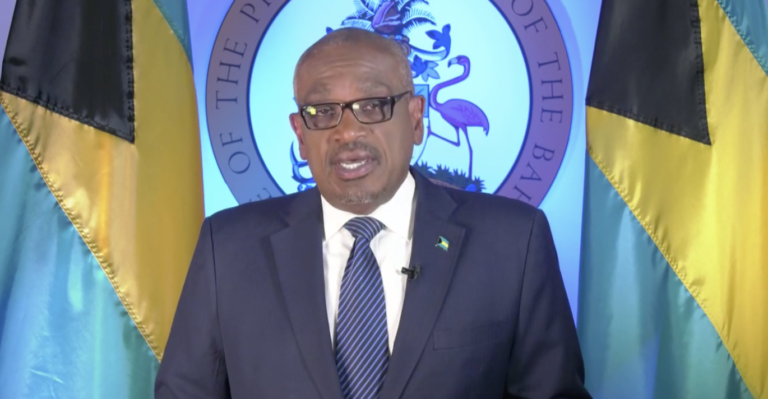 NASSAU, BAHAMAS — Prime Minister Dr Hubert Minnis has announced a further relaxation of measures in The Bahamas in order to celebrate Christmas, noting the country has been doing “generally well” with COVID-19 cases.

Additionally, the prime minister said the quarantine requirement for travelers from New Providence and Grand Bahama to other Family islands will be lifted, effective tomorrow, December 7.

Minnis also announced the reopening of all gyms with strict adherence to the health protocols tomorrow.

Retail operators will be allowed to operate between the hours of 6am and 9pm on New Providence and Abaco on two Sundays, December 13 and 20.

During a national address, the prime minister said religious services may be held during curfew hours, and after 10pm to accommodate midnight mass, and “watch night services” on all islands beginning December 24.

Social gatherings will be permitted for up to 10 people including on New Providence, Abaco and Eleuthera during that period.

The 10pm to 5am curfew remains in place for the respective islands.

Travelers will be required to obtain a health visa and take a rapid antigen test on the fifth day of travel.

According to the prime minister, travelers from Exuma to other islands will no longer be required to obtain an RT-PCR COVID-19 test.

In-person church services may also resume on Exuma, according to the prime minister.

The prime minister said the sacrifices The Bahamas has made as a country have paid off.

Minnis thanked Bahamians for their discipline during the second wave of the virus, and encouraged residents to “stay the course” as “we await the vaccine”.

He said during Christmas there is hope in the “promise and light of Christ”, noting it has been a trying and painful period the globe over.

The prime minister pointed to the global job losses in the millions, and the hardship faced by Bahamians.

He said with the tourism decline and closure of various economic sectors, the pandemic “has hit The Bahamas hard”.

“Our economy is in terrible shape because of COVID,” Minnis said.

“We have fallen on very tough and rough times.

“The vast majority of our young people have not been able to go back to school for in-person learning.

With the development of a vaccine, Minnis said the end of the pandemic could be near.

However, he urged residents to continue to work hard to keep numbers down before the vaccine arrives in the country.