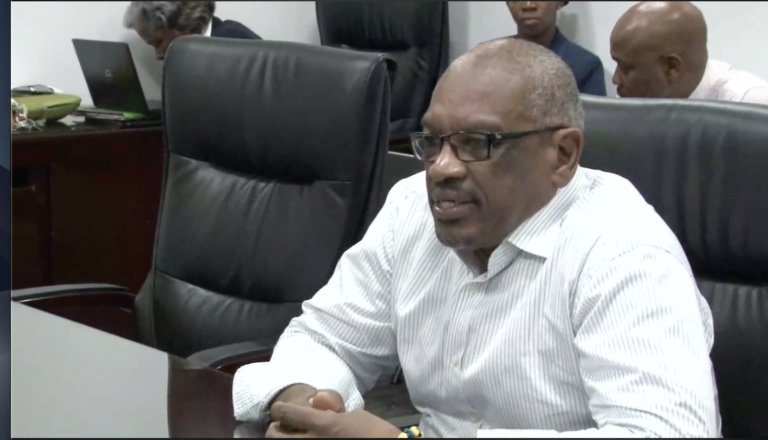 NASSAU, BAHAMAS — There will soon be even fewer people on the streets in the country, according to Prime Minister Dr Hubert Minnis as he foreshadowed his announcement on the national curfew this Monday.

Minnis stressed his decisions were backed by medical science and analysis as he spoke frankly about the COVID-19 threat facing the country in a meeting with health officials today.

He referenced the advisory issued by the Nassau Airport Development Company, notifying all stakeholders that the country is closed to all incoming passengers.

The NAD advisory pointed to the rapid increase of the virus in the US, and noted planes can still come in empty to pick up passengers and leave.

“All airlines with flights that were already en route prior to this advisory, have been notified that upon arrival the passengers will be detained by border control and public health officials upon landing,” the advisory stated.

“I think The Bahamas recognizes that The Bahamas we saw yesterday won’t be the same Bahamas tomorrow, and we have to mentally prepare them for it,” Minnis continued.

“So that they would recognize that we are fighting one war today, that is the COVID war, and after we finish that we will be fighting an economic war.

The prime minister visited the COVID-19 Emergency Operation Centre, and a brief part of his meeting with lead health officials was broadcasted live on FaceBook.

He thanked Dahl-Regis and McMillan for their “commitment and fortitude”, and underscored the entire country was depending on their accuracy of their work.

For her part, Dahl-Regis noted the team were struggling but doing the best they could to face the challenges presented by local spread of the novel coronavirus.

Dahl-Regis is Bahamian public health expert with specialty in regional disease elimination, and consultant to the prime minister.

She said health officials were learning as they go, and hoping to stave off the “full brunt” of the virus as experienced by the neighboring United States.

“We’ve had pandemic plans in the Ministry of Health for some period of time, so as you indicated, we dust off those plans and we expand and strengthen and we react to the data coming up,” Dahl-Regis said.

“We manage the expectations of the community that is the main thing and we are constantly challenged to allay fears and to educate, educate…and if we could only get fewer people moving around, that is the issue.

Dahl Regis said: “Our recent posture is that it’s not time to open up for full business.”

The government has implemented a 24-hour curfew and a shelter in place order in order to maintain the spread of the virus.

The emergency orders could be extended on Monday based on recommendations over the effectiveness of those measures.

Responding to McMillan, Minnis said: “Well you would have that very soon, as I am certain that they are waiting to hear what I’m going to say on Monday. Be it in parliament or national address, but I would address that nationally because under no circumstance would we place the nation at risk.”

He continued: “What needs to be done will be done and one thing the Bahamian public has to appreciate is that the decisions the government make, the decisions I make, are based on accuracy and analysis.

“It’s not based on emotion, it’s not based on how I feel or politics. It’s strictly data and accuracy and I think the whole Bahamas understands that and they appreciate you for what you are doing.”

At the close of the live broadcast, the prime minister jokingly asks Dahl-Regis if it would be ok for him to take his grandson, who lives with him, out to play basketball.

Minnis explains his grandson lives with him, so the contact sport should not present a significant risk.

“Your assumption is correct,” Minnis replied as the room erupts in laughter.