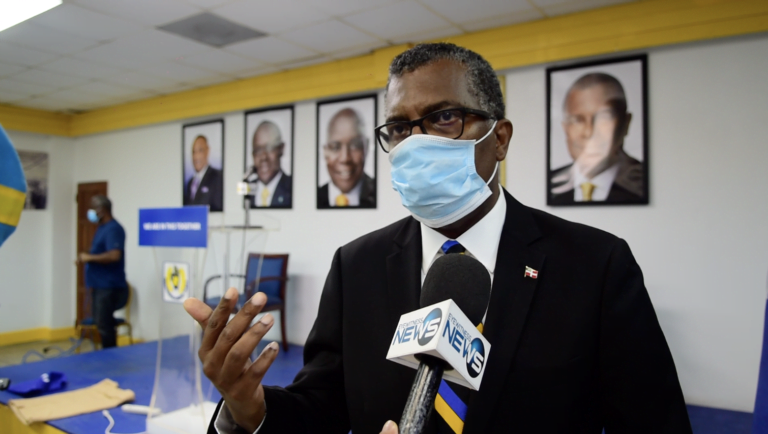 NASSAU, BAHAMAS — The Progressive Liberal Party (PLP) is petitioning the government to allow its Candidates Committee to be exempted from COVID-19 travel restrictions as they continue their candidates’ selection process.

PLP Chairman Fred Mitchell told Eyewitness News yesterday that the party is making progress with its interview process, as it seeks to fill out its slate of candidates for the next General Election.

He noted that constituency branches still have several weeks to weigh in on their recommendations, with many candidates still needing to be interviewed.

“One of the issues that have prevented it is the COVID regulations and the inability to travel to the islands,” Mitchell said.

“We asked for an exemption for our Candidates’ Committee and the support staff which is required for doing so, in the same way that senior government officials are exempted.

“But thus far it’s been refused by the government. So we are bound to New Providence at the moment.”

Mitchell noted that the process is difficult to navigate when aspiring candidates are also in the Family Islands.

He said virtual platforms such as ZOOM and Webinar aren’t secure enough for the process, thus a physical presence is required.

“We are seeking the exemption. We think we deserve the exemption to get it done…Negotiations are ongoing on that point with the government.”

The PLP Chairman could not indicate how many aspiring candidates have already put forth bids for nominations, noting that some constituencies have multiple aspirants and some have just one.

“No constituency has been locked until the Candidates Committee has made a recommendation to the National General Council,” he said.

“That’s not been done and the committee itself hasn’t completed its deliberations.”

Mitchell added that while there is no deadline for the selection of those candidates, given the present climate, it must be sooner, rather than later.

“The FNM has its people out in the field,” he said.

“They are trying to hide their light under a bushel, but we’ve discovered what they are doing.

“We understand that they are preparing for an election.

“The prime minister has the power of the date in his mind and his heart, and we are aware of that.

“We are also aware that since the Progressive Liberal Party’s primary objective is to become the government of The Bahamas, we have to be ready at all times, whenever that election is called.”

The party began its search for new candidates in earnest just several months after it suffered a wholesale defeat at the May 2017 polls, winning only four of the 39 seats in the House of Assembly

Last August, Mitchell said there will be a 75 percent turnover of new candidates in the next election, compared to the last election.

In recent weeks, FNM politicians, including Elizabeth MP Duane Sands and Mount Moriah MP Marvin Dames have been seen out in their constituencies, canvassing residents with supporters dressed in party paraphernalia.