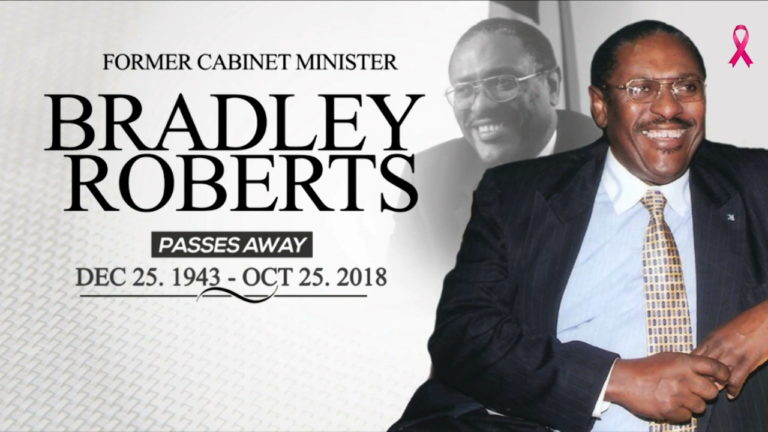 Following the sudden death of Chairman Emeritus of the Progressive Liberal Party (PLP), Bradley Roberts, the party announced on Friday that it would postpone its upcoming convention from November to May 2019, a press statement from the party outlined.

Roberts’ passing came at a time when the Party is still trying to regroup after a landslide defeat at the polls in 2017.

The PLP had been gearing up for months to host its annual convention in late November, but following the death of Roberts on October 25, the party decided that it would forgo the proposed November convention and host it on a new day in the Spring of 2019.

Sources have been unable to confirm whether or not Roberts had been suffering from any ailments leading up to the time of his passing.

While his death came as a huge blow to the Party, former prime minister Perry Christie told Eyewitness News that he expects the PLP will find the strength to move on.

“The loss of any great political personality is a huge blow,” noted Christie.

“But, at the last convention I did not appear and I was the leader for 20 years and it went on as it must. Life is all about that. This is an opportunity for people to reflect and know that the party is greater than one individual,” Christie said.

“He will be missed, but there will be someone who will take his place and life will go on.”

PLP Chairman Fred Mitchell said  Roberts’ passing will serve as a propellant for the party.

“If you knew Bradley Roberts, his view was ‘never give up and keep moving forward,’” Mitchell expressed.

“So, I think the party will be energized and certainly saying, ‘let’s win this one for Bradley.’”

PLP Leader Philip Davis,  told Eyewitness News that he would describe Roberts as the backbone of the PLP and that his greatest legacy would have been his unselfish service to the party and the country.