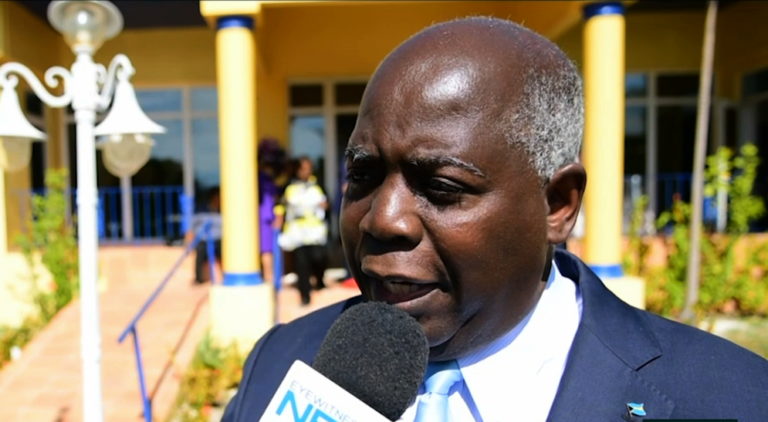 NASSAU, BAHAMAS — Opposition Leader Philip Brave Davis yesterday called on the government to establish a free testing mechanism for Bahamians who believe they have been exposed to COVID-19, as he renewed calls for a “substantial expansion” of testing for the virus.

“It is the only way to make an invisible virus visible,” said Davis, during a PLP press conference.

“If anyone Bahamian suspects that they have been exposed to the virus they should be able to get tested for free and those results should be returned quickly.

“We should be encouraging and supporting testing, not throwing up obstacles.

“The ability to keep yourself and your family and coworkers safe should not depend on your ability to pay for a test.

“It is a serious hardship for most Bahamians to isolate themselves from family and from their places of work.

“Most will not do so without a positive test result.

“Will this be an expensive exercise to implement yes, [but] not as expensive as the failure to stop COVID has been.

“We need a substantial increase in the personnel and resources devoted to testing.

“Testing centers should be established across our islands with a special focus on emerging hotspots.”

He also called for an expansion to contact tracing.

“I know people and I’m sure you do too, who tested positive for COVID-19 and were never asked for the list of people with whom they had been in contact with during the days they were most infectious,” Davis claimed.

“I know the contact tracers are working hard and they have our gratitude, but they deserve reinforcements.

“The government has not hired and trained enough people to keep up.

“Unless contacts are reached quickly, the exercise is futile.”

Davis said there should be a minimum of 250 contact tracers in New Providence, 50 in Grand Bahama, 10 each in Bimini, Eleuthera, Abaco and Exuma.

He also said all islands with significant hotel properties need plans for contact tracing and testing.

Davis also recommended the government establish quarantine facilities for infected residents who are unable to adequately quarantine in their homes due to limited space.

“Bahamians are able to do so within a room within their homes, but for others, this is impractical or even impossible,” the PLP leader said.

“We need to establish a government facility where people can safely stay until they are no longer shedding the virus.

“This way we can protect the people they live with and stop community spread.

Davis added that all clinics on all islands must be equipped with sufficient medical supplies, including oxygen tanks, to support positive cases until they can be transported to hospital.

He said resources, including PPEs and bed capacity, must also be increased in hospitals and clinics.

As of yesterday, there were 113 hospitalized cases.

Well don’t use Abbott’s rapid test as it has proven to be unreliable.