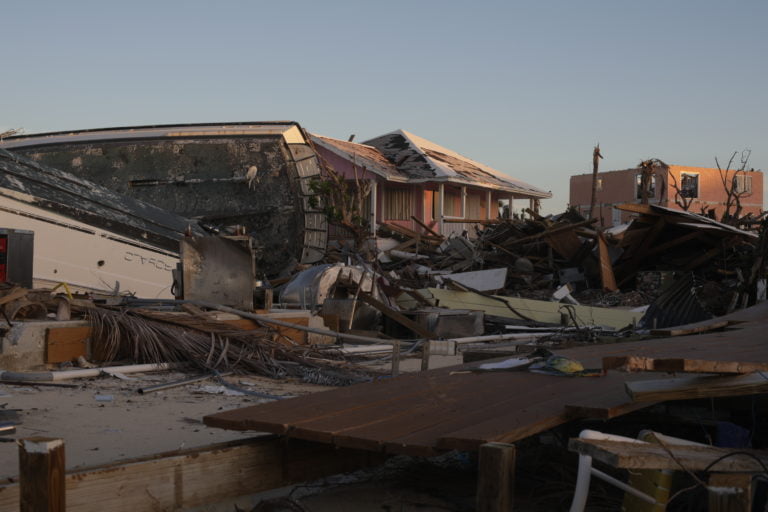 It is estimated that Hurricane Dorian caused $3.4 billion in losses and damage when it tore through the northwest Bahamas in early September.

Prime Minister Dr Hubert Minnis said: “These pledges are an important step in the ongoing reconstruction and rebuilding of areas affected by Hurricane Dorian, so that we may rebuild stronger and with more resilience,”

“We are grateful to domestic and international partners, including foreign governments. We look forward to other possible contributions to help in our recovery efforts.”

As a follow up to the conference, the UNDP and the Government will issue a detailed account of the commitments made disaggregated by sectors and stakeholders.

Bahamas Chamber of Commerce and Employers Confederation chief executive Jeffrey Beckles said the conference represented an exciting opportunity to demonstrate the power of the private sector.

Beckles said: “The Chamber is very much in the support mode. We have been promoting the event among our members and the wider business community since the green-light was given.

“It allows us all to play integral parts in the rebuilding effort.  If the restoration effort for Dorian is going to be sustained it will be a long and arduous process that is going to requiring planning and thinking from a strategic standpoint, how it engages global best practices and achieves the whole nine yards.”

“The ability to support the government’s efforts in the first instance with the replacement of the infrastructure and then to work in a coordinated way with the private sector and the public sector to ensure that the sustained effort is one that is well supported, well funded and we meet our objectives.”

There have been 70 confirmed deaths as a result of Hurricane Dorian.

Katherine Forbes-Smith, Managing Director of the Bahamas Disaster Reconstruction Authority, said: “We thank the donors who pledged at Monday’s conference for their support of the restoration of Abaco and Grand Bahama.”

“The Authority, as the agency charged with spearheading the reconstruction effort, will work with these local and international partners to ensure that Abaco and Grand Bahama are rebuilt better and stronger.

She added: “Through these partnerships and assistance we also hope to boost both economies and build back with new, greener technology and resiliency.”

Addressing yesterday’s pledge conference Luis Felipe López-Calva, the UNDP’s director for Latin America and the Caribbean pledged the organization’s full commitment to the government and the people of The Bahamas.

“To date, we have initiated a partnership with local communities which will result in an estimated 1.7 million metric tonnes of debris collected through our cash for work program in Abaco; collaborated with the government in the application of the UNDP’s Household and Building Damage Assessment tool to assess approximately 4,000 buildings in the affected islands.

López-Calva said: “We have partnered with the University of the Bahamas to prepare a user friendly manual which translates building codes into understandable materials for families as they rebuild their homes.”