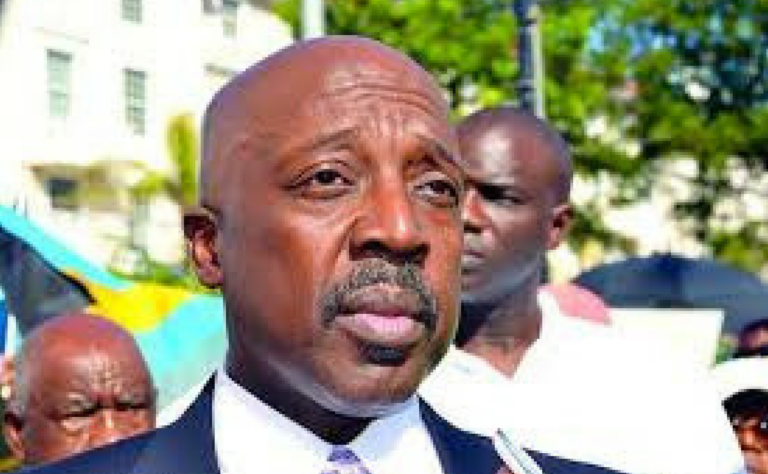 NASSAU, BAHAMAS — Former Progressive Liberal Party (PLP) Cabinet minister Shane Gibson, who was acquitted in November 2019 of 15 counts of bribery, has again written to Commissioner of Police Paul Rolle for a response to his complaint against Assistant Superintendent of Police Debra Thompson, who was the lead investigator in the bribery matter.

In a letter dated September 22 and obtained by Eyewitness News, Gibson wrote: “Further to my letters dated February 7, May 1 and May 28, 2020, and response letters from the police service commission dated May 7 and May 15, 2020, I have not received a response to my complaint in reference to Superintendent Debra Thompson.

He continued: “Please advise as to the status of this investigation by the Complaints and Corruption Unit of the Royal Bahamas Police Force.”

In April 2020, Thompson of the Financial Crime Investigation Unit, was promoted along with 44 other assistant superintendents to superintendent.

During Gibson’s trial, the then assistant superintendent said she realized it was wrong to take statements from the prosecution’s key witness, contractor Jonathon Ash, and Gibson’s former associate Deborah Bastian in each other’s presence to “iron out” differences in their statements.

Thompson testified that she met with Ash and Bastian on September 25, 2017, to clear up the difference in their account of what transpired during a meeting with Gibson in January 2017 about the more than $1 million the government owed Ash for work associated with the cleanup effort post-Hurricane Matthew.

Gibson had ministerial responsibility for the relief and cleanup efforts.

Thompson also admitted in court to composing three statements on Ash’s behalf in his absence following their initial meeting on June 27, 2017.

Gibson previously wrote official complaints to then Prime Minister Dr Hubert Minnis, the Bahamas Bar Association and the Police Service Commission on February 7, 2020, and against Thompson and then Commissioner of Police Anthony Ferguson, Director of Public Prosecution Garvin Gaskin, as well as Ash’s attorney, Alicia Bowe.

The complaints against Thompson and Ferguson were similar.