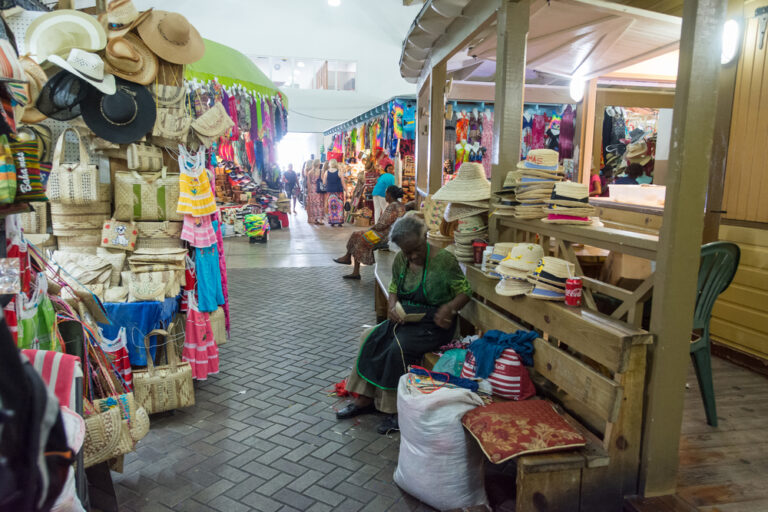 “They are taking advantage of the vendors”

NASSAU, BAHAMAS — President of the Straw Business Persons Association Esther Thompson yesterday called on the government to provide additional social assistance to straw vendors in need, who continue to await the reopening of the Downtown Nassau Straw Market.

Thompson told Eyewitness News that after more than a year of closure of the market, vendors continue to struggle to make ends meet amid uncertainty for when it will reopen.

“I don’t see a problem with the market reopening from where I sit. The market could open today if the government so desires because the available space is there for the proper social distancing and the proper protocols that health officials are calling for.”

Despite The Bahamas reopening most parts of the economy since late last year, including gyms, the straw market has remained closed since March 28, 2020.

Thompson said: “They playing politics with that market, this is my belief…They need to be more candid with the vendors.”

She said the association recently did a walkabout of the market and found that it was compliant with the necessary COVID-19 protocols.

“Every vendor can go back into that market today if they so desire to let the vendors return to work,” she insisted.

She furthered that while they are aware that cruise ships are not currently scheduled regularly, vendors want the market open “within reason”.

“We want everything to be done in a reasonable manner where it makes sense for straw vendors because that’s their livelihood,” the association president added.

“Straw vendors on every food line from place to place. What are they supposed to do?”

Thompson noted that the association has yet to receive an update from the Straw Market Authority or government officials on the way forward.

She added that as business owners, those vendors should have the freedom to make the personal decision to return to the market themselves.

“They are taking advantage of the vendors,” she said.

Minister of Public Works Desmond Bannister had said discussions were ongoing with health officials and the Straw Market Authority as to how vendors could reopen safely and that the marketplace was a potential hotspot for COVID-19.

There were some 358 vendors registered with the authority in 2020, with fewer registering for 2021, according to Thompson.

She explained that while vendors are being given an unemployment stipend, that $88 per week is not nearly enough to subsidize their income from the market or support their families.

“This game getting out of hand,” she said, as she called for sympathy from the government.

“I think the game is over.”

Thompson said she does not think many of the vendors will choose to reelect the Minnis administration in the upcoming General Election, after the way they were treated over the past four years.

LORD plz intervene on every straw vendors behalf to protect them from harm and evil and plz compel them to ask you to come into their hearts before its a second,minute or hour too late in yourson JESUS CHRIST of Nazareth name!…AMEN!!