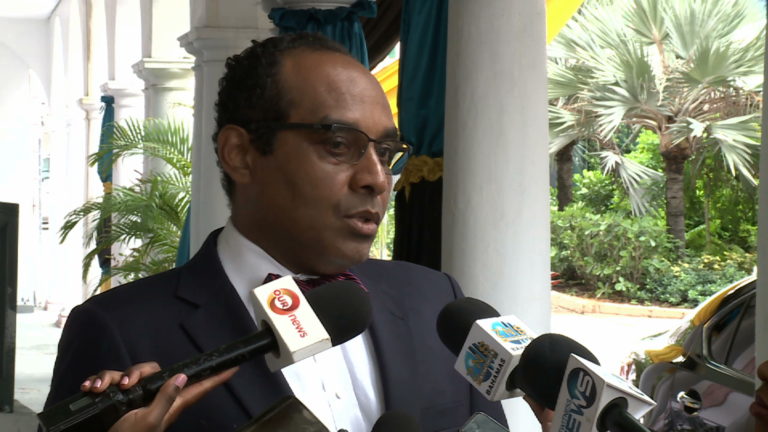 NASSAU, BAHAMAS – Minister of the Environment Romauld Ferreira confirmed the government’s ban on single use plastics is on track for full implementation on July 1.

This follows a six-month transition phase that allowed the four banned products: plastic bags, straws, food utensils and Styrofoam cups and food containers – to still be sold in country despite the importation ban.

Prior to the introduction of the ban, the duty rates on reusable shopping bag and the alternatives to the “four-bidden” items were reduced to zero.

The Bahamas joined countries around the world to make a pledge to reduce our plastic waste, and tackle the issue of marine plastic pollution on January 1.

Ferreira explained the single use plastic items selected for the initial introduction of the ban,  were chosen because they all have readily available alternatives.

He noted the average person uses them up to three times a day for breakfast, lunch, and dinner.

“With the understanding that plastic is ingrained into several industries in our society, a transition phase was necessary for smooth roll out”, Ferreira said.

“This phase began on January 1, and prohibited the import of the Four-bidden items, and it also made it illegal to release balloons into the atmosphere.

“A bag fee of a 25cent to one dollar was also introduced to discourage the continued use of plastic bags and encourage the use of reusable shopping bags. The ministry staff, for the past two years have been, and are still, distributing reusable bags across the Commonwealth of The Bahamas.

“In addition to this introduced fee, vendors that had any four banned items were allowed to sell and use these items until June 30, 2020.

“These plastic items, along with many others, contribute to several environmental issues both locally and across the globe including marine pollution, land litter, and the increased burning of fossil fuels which directly contribute to climate change.

He added: “The ministry continues to engage government agencies, civil society, and the private sector to increase the awareness on the harmful effects of these plastic items on human health and the environment. For further information you can visit the website (plasticfree242.com) or contact the ministry at 3226005 or via email at moehplastics@bahamas.gov.bs.”