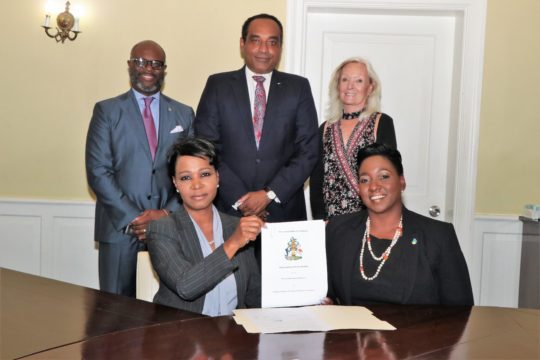 In order for a plastic ban to work, local businesses set to be directly affected by the ban, are proposing that the government lower customs duties on alternative packaging in order for them to have a chance to compete in an already high-priced market.

In an exclusive interview with Eyewitness News Online last week, Nassau Hotel and Restaurant and Supplies’ (NRS) General Manager Bruce Claridge suggested that the government should, “take the duty off and let the companies compete on the fair market. And who’s not prepared to work with those margins, won’t get the business.”

He also suggested that grocery stores use alternatives to plastics and make the food stores bring in reusable bags instead of the standard ‘T-sacks’, which are currently being used.

“Build it into the cost and give it away to customers; offer them some sort of incentive to keep using recyclable bags,” Claridge added.

As it stands, the import duty for plastic items is 45 per cent. Utilizing alternatives, he said, will affect any company’s overall [profit] margins unless a better/lower tax is implemented for alternatives as suggested.

Ferreira stated that he and his ministry will “visit communities and schools, hold town hall meetings and meet with businesses, to gather valuable data that will assist us in developing a fair and reasonable phase-out plan by 2020 and associated legislation.”

Until the commencement of such, a notable wholesaler, who asked to remain anonymous, offered their thoughts on the possible effects such a decision could have on their business, and how it will also affect smaller businesses their company supplies.

“Like a lot of things the government’s trying to do, they need to consult with the private trade, not just hold a public meeting,” the source told Eyewitness News Online.

“Public meetings are good, but by meeting with private businesses such as the wholesalers and the retailers, only then, you can get a better idea about how much plastic is sold and who it’s going to.”

In agreement with NRS, the source said, the government should reduce import duty on plastics or provide an alternative that can be absorbed into the company’s profit margin.

“If the government wanted to do something, one option would be perhaps to reduce the amount of duty on something of that nature,” the source added.

“What would alleviate cost increases for businesses and customers alike, is a reduction in customs duty.”

The environment ministry, along with environmental professionals, the Bahamas Chamber of Commerce and Employers’ Confederation (BCCEC)  and relevant governmental agencies and educational institutions, is expected to start a nation-wide public consultation and educational outreach campaign.