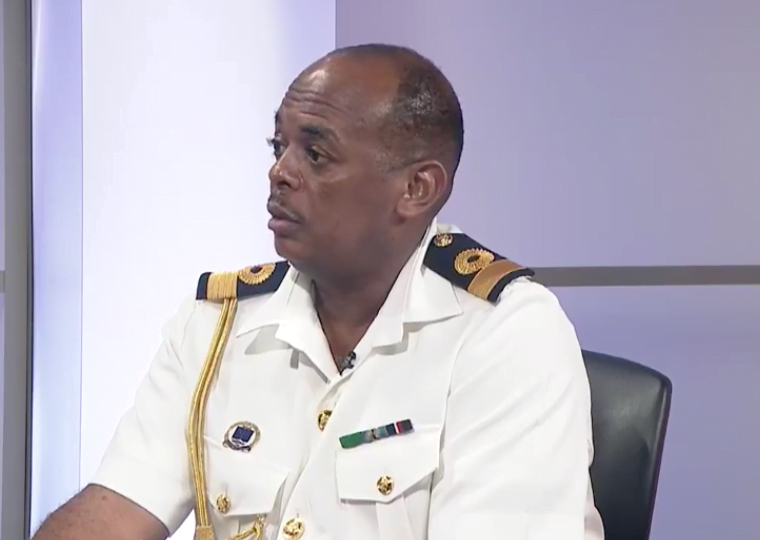 Purported photos of conditions at the container city, which made the rounds of social media, showed toilets filled with feces, and a makeshift outside kitchen that included a gas stove, cooler and foldable table on top of pieced together plywood.

In an interview with Eyewitness News, King said the sewer system has been an issue, but it was largely the result of “environmental conditions” such as high tide and flood levels in the area.

He also said pumping on the sewer is performed every two days, but the service was interrupted.

“For whatever reason, and I am investigating why, that services paused, which would have contributed to the issue,” King said.

“But the plumbing system is fully operational.”

He continued: “The tide level and the flood level in that area is extremely high and it presents a challenge.

There were also concerns expressed about the continued reliance on generators, which frequently have to be serviced, resulting in a period without power in the container city.

In response, King said: “When the container city went into Abaco, it was following Hurricane Dorian. There was no power supply and power is only now being restored to Marsh Habour. But nonetheless, we are in the process of connecting to BPL (Bahamas Power and Light. The generators would have been running continuously for almost a year and they require servicing.

As a matter of fact, the generator was transported there about two weeks ago — in Abaco — but it needs to be connected to resolve that issue.”

King said a suitable location is being identified to relocate the container city and expand it to further accommodate the marines residing on the island.

He said the property at the rear of the government complex and two other locations were being explored and discussions were ongoing with the Department of Lands and Surveys.

“We are looking to outfit the city with new equipment,” the commodore said.

“We are in the process of changing out all of the equipment.

“That container city has been pressed.

“It is not designed for it to go into an area for an extended period.

“It has, unfortunately [done so] in this case, but we are in the process of making all the necessary repairs, upgrades and we are looking to relocate that facility.”

He said it is envisioned that a permanent base could be built in both storm-torn islands — Abaco and Grand Bahama, but the focus remains on strengthening its installments in the southeastern Bahamas.

King said the defense force marines have continued to reside on the island to shore up security operations, and a rotation is expected to be implemented in short order.

“He also said pumping on the sewer is performed every two days, but the service was interrupted.

“For whatever reason, and I am investigating why, that services paused, which would have contributed to the issue,” King said.”

Maybe it’s because the person who was doing the job hadn’t been paid for several months.