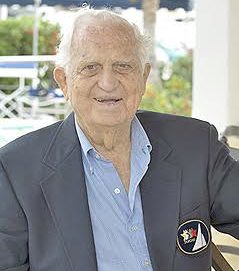 Less than a month after the passing of local sports icon Sir Durward “Seawolf” Knowles, plans have come on stream to host a junior regatta in his honor.

The 2018 Sir Durward Knowles Junior Regatta will feature more than 120 sailors and be staged April 6-7 at Taino Beach, in Grand Bahama.

Plans for the inaugural event were relayed to the public at a press conference in Freeport over the weekend.

“While this regatta has everything to do with sailing in The Bahamas, represented by our youth program, it also celebrates the life and legacy of the late Sir Durward Knowles, our first Olympic champion,” said Permanent Secretary in the Ministry of Agriculture and Marine Resources Phedra M. Rahming.

“The Regatta Desk in the Ministry of Agriculture and Marine Resources embraced the challenge of working with partners throughout the country to develop sailors who will one day return The Bahamas to the top of the podium in Olympic and championship sailing.”

Islands set to be represented at the regatta include New Providence, Andros, Harbour Island, Abaco, Exuma and the host, Grand Bahama.

Knowles won two Olympic gold medals for The Bahamas. The first came in 1956 with his one-man crew of Cecil Cooke and then again in 1964 when Sir Durward won the second in Tokyo, Japan.

Up until the time of his death, Sir Durward was the oldest living Olympic gold medalist.