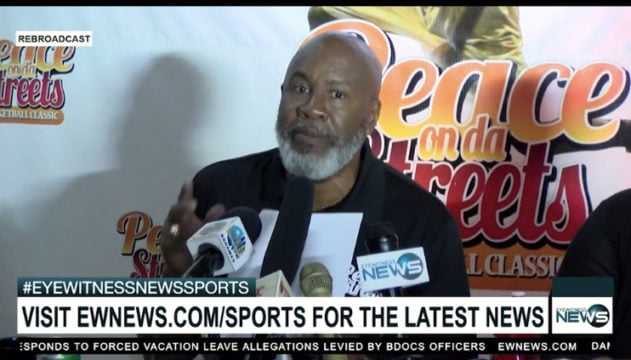 Organizers of the 2019 Peace on the Streets basketball tournament hope that this year’s event is the grandest edition of the summertime tournament to date.
According to tournament founder Dr. Carlos Reid, there will be a girls division contested for the first time in the event’s history. There will also be teams in from Bimini, Abaco and Grand Bahama.
“If you are someone that is skilled and you take the game seriously, then you need to be playing in this tournament,” Reid said.
“Anyone that is considered a good player in the country has probably played in this event. With all of these additions to the tournament, coupled with the usual events like the slam dunk and three-point shootout, this event expects to be very exciting.
“We already have some elite players that have confirmed that they will be playing for a team in the tournament. We hope that everyone comes out and supports our players as they fight for title.”