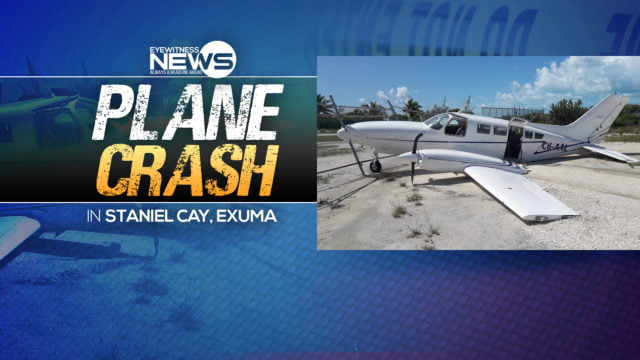 An Azure Aviation Limited plane skidded off the runway into the perimeter fence of the Staniel Cay airport in Exuma yesterday morning as the pilot attempted to land, according to authorities.

The 10-seater Cessna 402 plane, which departed New Providence and attempted to land in Exuma shortly after 10 a.m., experienced a brake system failure, according to authorities.

The passengers — all of whom were American citizens — and the Bahamian pilot were not injured, according to Air Accident Investigation Department Chief Investigator Delvin Major.

However, the Bahamian registered twin-engine aircraft was extensively damaged.

“We’re still trying to determine out what happened,” Major said.

“A mechanic is up there right now. From what we have been told, so far it appears as if they had a brake failure, which caused the plane to veer off because it was unable to stop — the brakes failed — and it ended up into the fence.

“That’s what we’ve gotten so far up to this point.”

Authorities, as per protocol, said the matter will be referred to the Department Civil Aviation for further investigation.