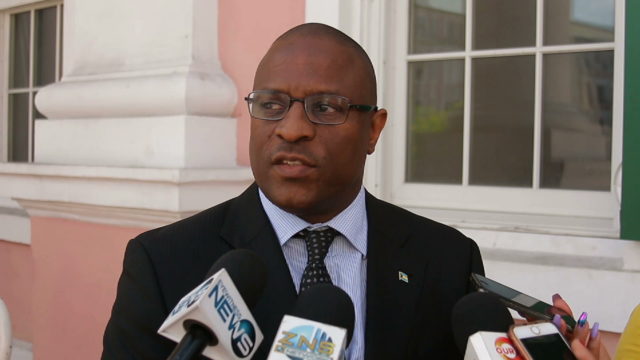 NASSAU, BAHAMAS – Minister of Agriculture and Marine Resources, Michael Pintard, on Thursday expressed hope that the government would move to decriminalize marijuana, which would allow the country to make use of industrial hemp.

“In terms of the production of industrial hemp to create a wide range of products we use already, I think the time has come for that to happen,” said Pintard.

His comments came while speaking at the opening of the Ministry of Agriculture’s Agri-business Expo.

Industrial hemp is a strain of the Cannabis sativa plant species that is grown specifically for the industrial uses of its derived products.

Pintard said while he does not want to preempt the marijuana commission’s report, his ministry has been preparing for any possible outcomes.

“We are poised [and] we are ready, collecting legislation from other jurisdictions in the event that committee reports in a particular way. If it doesn’t, the collection of the legislation would not be as relevant,” he said.

Pintard said that in order to not preempt the commission’s report, he will refrain from comment on the medicinal side until the report is released.

The commission is chaired by Bishop Simeon hall and retired deputy commissioner of police, Quinn McCartney, and is composed of a diverse group of Bahamians.

Last week, minister of health Dr. Duane Sands told parliamentarians that while the co-chairs of the appointed marijuana commission are making progress, their work is not yet done and they have asked for a three month extension.

The marijuana commission is expected to examine the view of Bahamians toward marijuana and to make recommendations for reform.