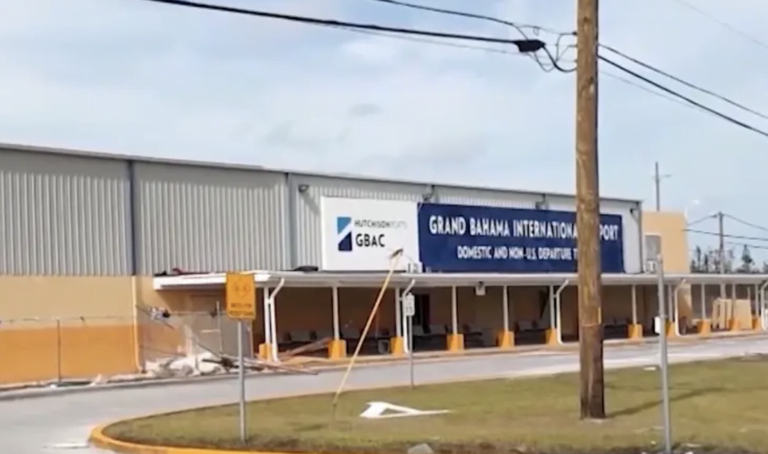 FREEPORT, GRAND BAHAMA — Claiming that the Davis administration is “dragging its feet” on repairs to the Grand Bahama airport, Free National Movement Leader Michael Pintard pointed to several concerns the official opposition has regarding the process thus far in an official statement.

“In 2021 The FNM Administration held a Market Briefing to update the public and the  global market on the RFP that was developed by the Department of Aviation and Airport Consultant, Leigh Fisher,” he said.

“This RFP included our airports in Freeport, Exuma, North Eleuthera, Great Harbour Cay, San Salvador, Abaco, and Long Island. It provided the opportunity for investors to partner with the Government of The Bahamas in developing, financing, modernizing, and managing these airports similar to the successful model currently in existence at the Lynden Pindling International Airport.”

Pintard said this was a “transparent and competitive” model that produced “high interest” from potential investors that should have continued following the change in government in 2021.

“Unfortunately, the PLP stopped this process, significantly delaying our quest for the right partner,” Pintard stated. “It has been a year since the PLP has been in office and it does not appear that we are any closer to a new airport.”

According to the statement, the process was “transparent and determined by closed bid”. The successful bidder was also said to be a Bahamian firm of contractors, though it was not named.

Pintard referenced this recent announcement and questioned why Grand Bahamians are being kept in the dark about the process.

“What is even more disturbing is that there are reports that the Grand Bahama public was not even provided an opportunity to bid on a contract for the demolition and repair,” Pintard noted.

“The government’s quiet, some say secretive, selection of a contractor is a continuation of its pattern of avoiding standard procurement processes which has been the way they have operated for the last year.”

Always a headline ahead, around the world, Bahamas, Bahamas news, Eyewitness News, www.ewnews.com