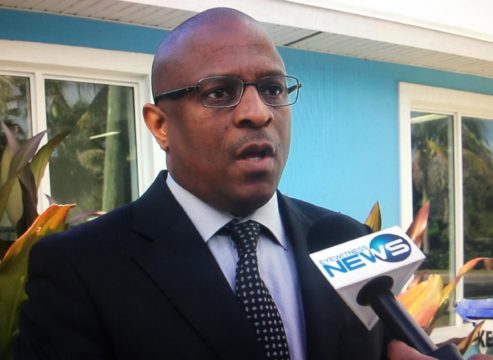 NASSAU, BAHAMAS – Minister of Agriculture and Marine Resources, Michael Pintard, on Wednesday expressed that the budget increase for his ministry’s consultants and for travel are insufficient.

Following government’s tabling of the 2019/2020 budget, countless concerns have emerged over the allocation of certain funds, which some tax payers have deemed to be unnecessary.

It was revealed that the Ministry of Agriculture and Marine Resources got a significant increase in budget for consultants, however, Pintard told Eyewitness News Online that the increase is still not enough and the industry is also lacking trained professionals.

“I believe that the $300,000 is not sufficient, so we are going to gradually, each year, seek to increase the amount of funding, but there are a wide range of areas where consultants are required.

“One of the things we are doing now is converting to e-agriculture. And for every department, we have made a list of things that needs to be done, where we do not have, in-house, the expertise to execute it.

“So, $300,000 is a drop in the bucket. I remember a time where, not so long ago, that one consultant would be making more than that carrying out functions as we have a series of areas in the ministry that require expertise.”

Along with an increase for consultants came an increase to accommodate further travel expenses for the ministry.

During the Free National Movement’s 2016-2017 campaign, the party heavily criticized the Progressive Liberal Party for ‘frivolous’ spending on travel.

However, Minister Pintard stated that the recent extended travel allocation, while justified, should be increased even further.

“We are engaged in several consultations as we speak. One of them, with respect to dealing with the issues of conch and having a candid discussion with fishers throughout the country about what our concerns are about the pressures that have been brought on the conch stock and getting their feedback.”