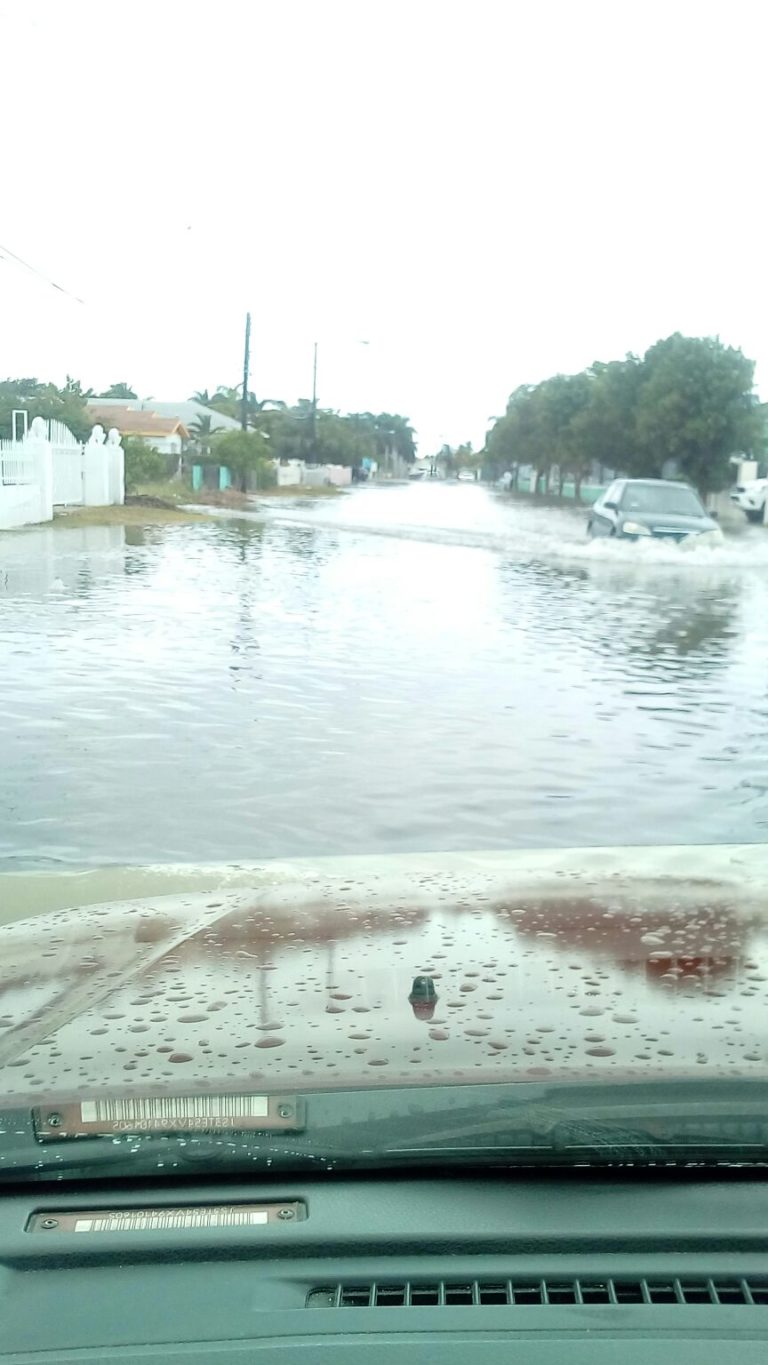 Flooding on the streets of Southern New Providence.

It will cost the government an estimated $9 million to resolve the flooding challenges in the Pinewood community, Minister of Works Desmond Bannister said in his mid-year budget contribution Monday.

Bannister revealed the latest figures stating that given the present structural make-up, the flooding is expected to continue.

“There are 80 drains in Pinewood and because the land is so flat, the water often just sits and settles further exacerbating the problem,” he said.

With the 2018 Atlantic Hurricane season just two months away, residents have said they are fearful that the “flood nightmares” will continue.

Bannister told Parliament yesterday that the community was built on swampy reclaimed land, “that should not have been developed.”

He concluded that a solution at this point seems out of reach as more studies have to be completed on the area.

Former Member of Parliament for Pinewood Khallis Rolle, ordered a study of the area following intense flooding in 2013. The study investigated the peaks and valleys where water collected, in an effort to mitigate further instances of flooding.

At the time, Rolle indicated that a final solution to Pinewood flooding would be the elevation of the land.