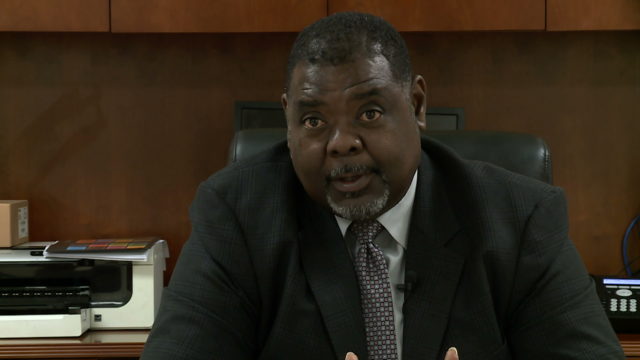 NASSAU, BAHAMAS – Director of Labour John Pinder yesterday encouraged the management of National Insurance Board and the unions that represents line staff and managers to be “reasonable” as the department intervenes today in an effort to end the stalemate which prompted scores of employees to engage in a mass sickout last week.

“I have spoken to both the president and the chairman, and the director of the board and I am trying to mediate between the parties,” Pinder told Eyewitness News Online.

“…I expect to meet with them tomorrow afternoon.”

He continued, “I would just like for them to bear in mind that you have to be reasonable.

“I want them to bear in mind that the fund of NIB is in trouble now based on the forecast of the next 10 years and to know that while NIB may have money, it is only a custodial social welfare [body]. It is the people’s money.

“Simultaneously, the board has to recognize that unions always try to improve on the last industrial agreement, so they have to try to give something.

“So, I would expect for both parties to be reasonable and reached an amicable agreement.”

NIB streamlined to offer services at its headquarters on Balliou Hill Road.

The line staff union’s issues range from claims of a stalemate with management in negotiations for a new agreement, unfair hiring practices, and delayed issuance of compensation packages.

In a statement last Thursday, NIB said that due to “significant staff absences” service levels were impacted throughout New Providence and the Family Islands.

It said management will focus on ensuring that critical services were provided to customers such as issuing benefit payment cheques.

Pointing out that beneficiaries are being directly impacted due to temporary closures and delays, Pinder said it is critical to reach a resolution as quickly as possible so NIB may resume full services across the country.

The union has not filed a trade dispute, according to Pinder.

As for the consequences of a continued sick-out, Pinder said employees based on their agreement have an entitlement for a number of sick days per year, and beyond that, time away from work would be considered unpaid leave.

Minister of Public Service and National Insurance Brensil Rolle said last week he was disappointed with the union’s decision to take action.

However, the union’s executives have maintained that employees are using their constitutional right to call in sick due to mental and physical fatigue, among other ailments, which the union claims is the result of the working environment at NIB.