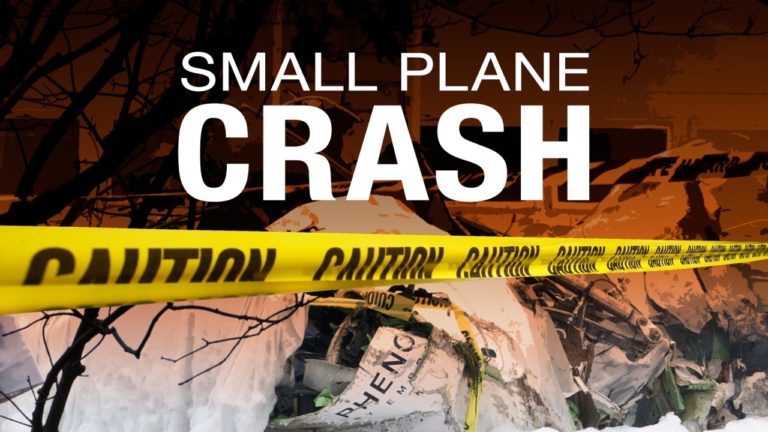 The North Andros community has been devastated after six of their own perished in a plane crash sometime Wednesday morning.

According to Eyewitness News sources, the flight on a small Aztec aircraft, which left North Andros Airport with one pilot and five passengers, including one minor, attempted to make what is believed to have been an emergency landing in Fresh Creek before it went down near Mastic Point.

The small white and dark blue twin engine, Aztec aircraft registration # N62769 crash was the focal point of a four-hour search before the remains were discovered. The aircraft reportedly left North Andros “enroute to Lynden Pindling International Airport, New Providence and did not arrive as scheduled.”

Air and sea search and rescue is still ongoing.

It has not yet been confirmed, but it is believed inclement weather played a factor in the tragedy. It’s also left some members of the public questioning as well whether the pilot’s experience may have contributed to the horrific crash.

Aviation in the Bahamas is generally considered safe, considering the frequency of flights daily throughout the archipelago without incident. However, this latest tragedy comes three years after the fatal November 9th, 2014 crash of a private jet headed from Nassau to Freeport which claimed the lives of all nine persons on board including the late Dr. Myles Munroe and his wife Ruth. Investigations revealed that weather, which was severe, played a major factor and further faulted the decision of the pilots to proceed under the conditions.

Back on October 5th, 2010 another aviation disaster was recorded when a charter flight from the capital to San Salvador crashed in Lake Cunningham shortly after takeoff killing all 9 men on board. Weight and balance was revealed to have contributed to the crash.

The largest aeronautical disaster in The Bahamas occurred on December 19th, 2005 when Chalks Airways Flight 101 crashed off the coast of Miami Beach killing all 20 passengers along with the crew. Eleven of those passengers were Bahamians.